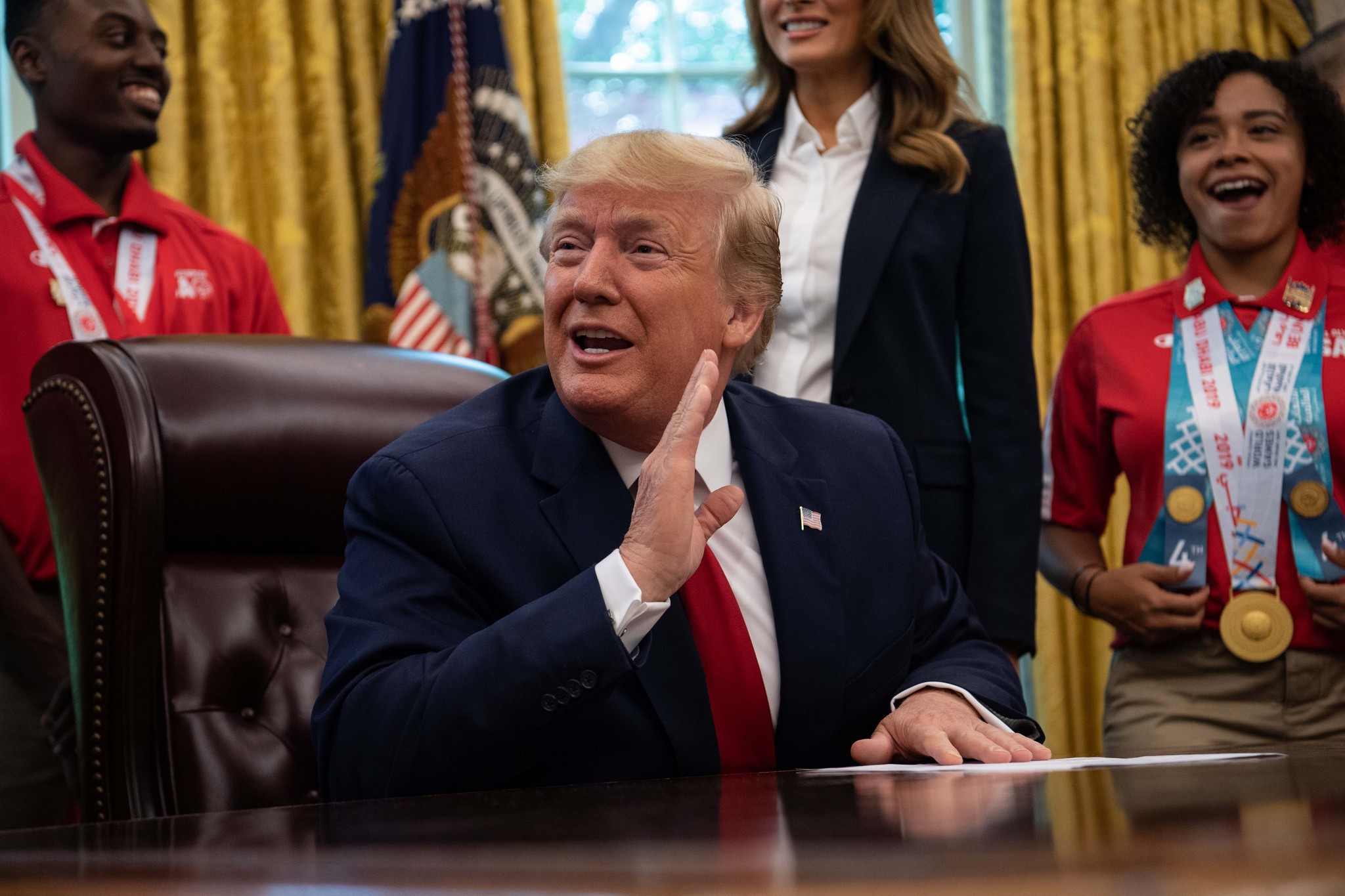 Donald Trump has said he is considering travelling to Japan for the Tokyo 2020 Olympic Games.

The United States President told media he had been invited to attend by Japanese Prime Minister Shinzō Abe.

Trump was asked about his plans today during a trip to Los Angeles, where he signed an agreement promising Government support for the 2028 Olympics and Paralympics in the Californian city.

"We'll make that determination, he said on his Tokyo plans.

"We haven't made it yet.

If Trump does decide to travel, it will mean a break in his campaigning ahead of this year's Presidential election.

The Republican is bidding for a second and final four-year term in office at the ballot in November.

According to Reuters, he is due to have a "limited schedule of foreign travel this year".

Trump did not attend the one Olympics which has taken place during his first term, the 2018 Winter Games in Pyeongchang in South Korea.

Vice-president Mike Pence attended instead, with the Games taking place amid strained rhetoric between Trump and North Korea over nuclear weapons.

Trump later claimed that Pyeongchang 2018 would have been a "total failure" without his work to get North Korea to compete.

His daughter Ivanka led the US delegation at the Closing Ceremony.

TOP STORY: CAS rules both ISA and ICF can hold stand-up paddling events, but ISA to govern at Olympic level