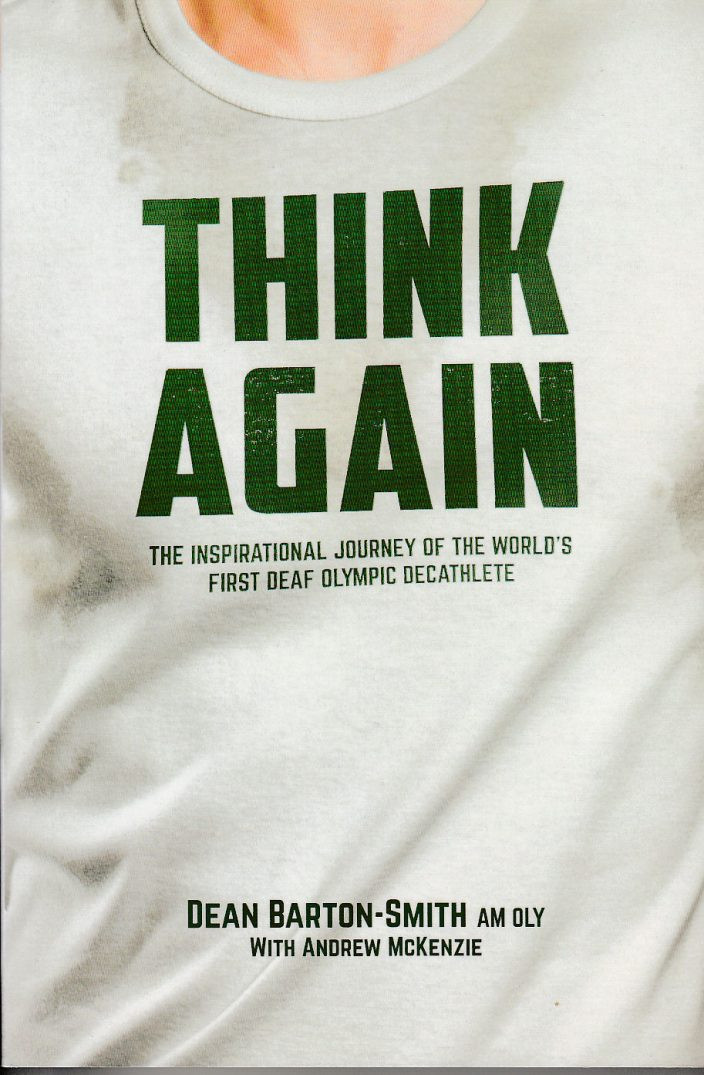 Barton-Smith qualified for the Barcelona 1992 Olympic Games despite being deaf.

His book, called Think Again, aims to inspire others and demonstrate "that even through the toughest journey you can still reach your destination".

It asks the question: "How can you be quick off the mark if you can't hear the starter's gun?"

"Dean's achievement in making the 1992 Barcelona Olympic Games speaks volumes for his determination to prove the doubters wrong," said Coates.

"It also speaks to the power of sport to provide an avenue for a young man to stand up and be counted.

"There's no doubt Dean's journey has been a difficult one but not only has he triumphed, he chose to give back and help others – contributing at CEO level in the non-profit sector to ensure access to services for those with a disability, mental health issues, the vulnerable community and as a sports coach and motivational speaker."

The book has been released by Tales From The Treehouse Publishing.

"I didn't have an easy start in a single parent household, living in housing commission homes and having a hearing disability," Barton-Smith said.

"But I saw the Olympic Games on TV and thought that this was possible for me.

"That was a difficult journey and at times lonely, but ultimately I had the support of people who believed in me.

"I have learned that in life, on and off the field, that if you surround yourself with good people, you can benefit yourself and others and you can make a difference."