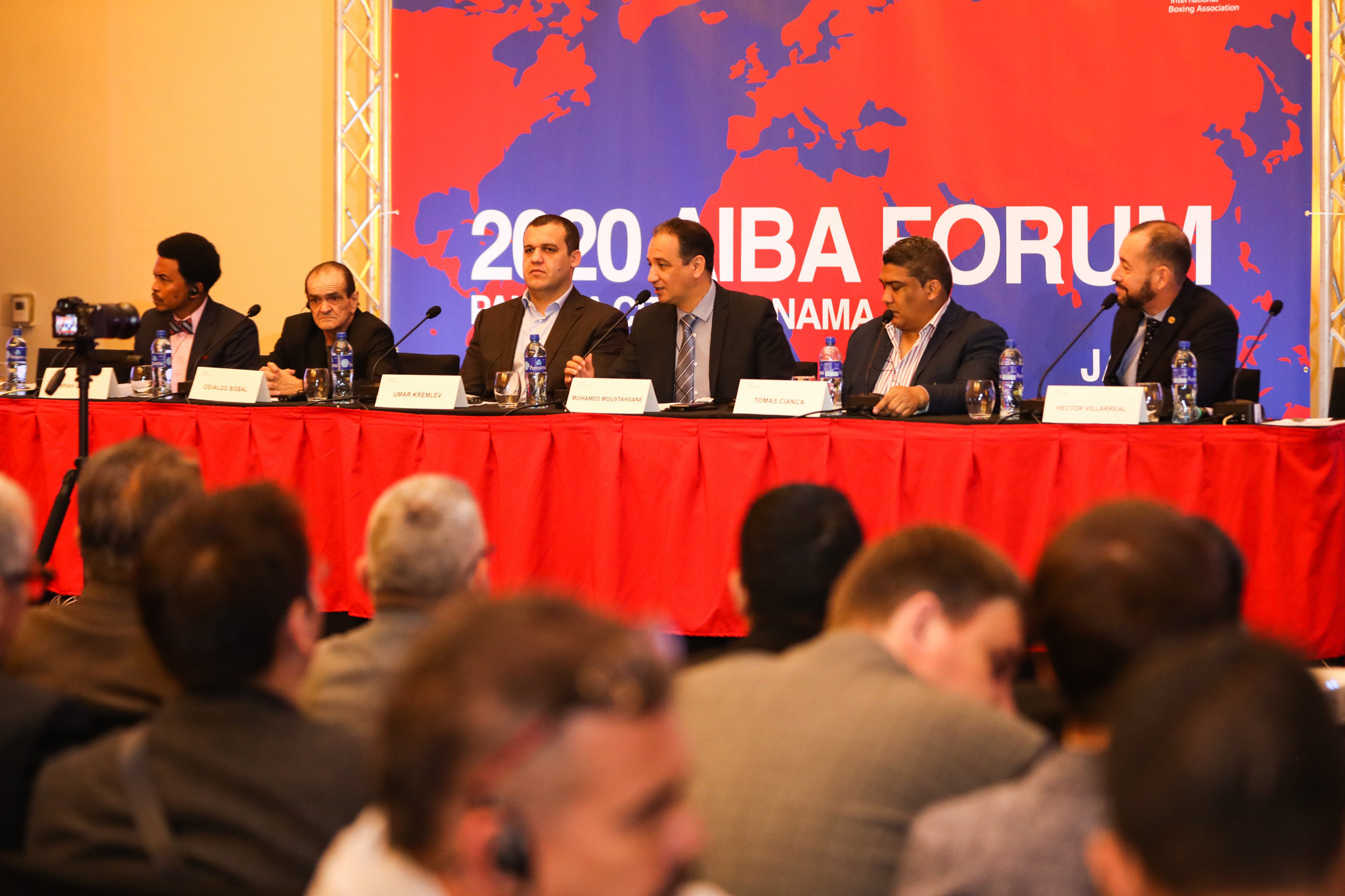 Russian Boxing Federation secretary general Umar Kremlev has admitted that his organisation is funding a series of forums around the world organised by the International Boxing Association (AIBA) but claimed it is not part of a campaign for him to become the new President of the embattled governing body.

The first AIBA Continental Forum took place in Panama last month and the next one is due to take place for Oceania in Fiji on Saturday (February 22).

This is scheduled to be followed by one in Europe in Italian city Assisi on February 29.

Events for Africa and Asia are also due to be held but have not yet been announced.

"Yes, we've paid the main expenses," Kremlev told insidethegames here where he is attending a meeting of the AIBA Executive Committee.

"In our Statutes it's mentioned that we have to help National Federations to develop boxing worldwide, not only in Russia.

"The Russian Boxing Federation has a lot of sponsors and partners.

"For more than two years we are self-sufficing.

"With sponsors' money we've conducted European and World Championships, a number of Global Forums where we have united Olympic and professional boxing to discuss common issues, because boxing is sole sport.

"The whole world talk about that.

"We have huge experience.

"I am very happy that AIBA supported my idea to organise Continental Forums."

"We are helping a lot of National Federations," Kremlev added.

"Because we have this objective to help boxing development worldwide.

"If boxing is on a good level in each country we will have competitive fights.

"This is my obligation as secretary general of the Russian Boxing Federation, and as AIBA Marketing Commission chairman, and as vice-president of EUBC (European Boxing Confederation), and as a man who loves boxing and who dedicate all his life for development of boxing.

"We must create good conditions for each country to be competitive.

"So, we've helped financially for organising the event, for tickets and accommodation, that was sponsors' money, which was given specially for that project.

"I personally think that it's time to act to save AIBA.

"And I urge all the EC (Executive Committee) members who can help AIBA in any way to come and to do that.

"I show my personal example as I care about AIBA's future."

Last year Kremlev had offered to wipe out AIBA's $16 million (£12 million/€14 million) debt if the International Olympic Committee (IOC) allowed it to continue organising the Olympic boxing tournament at Tokyo.

His offer was rejected, however, and the IOC stripped AIBA of its right to be in charge of the sport at Tokyo 2020, throwing the organisation into chaos and leading to the resignation of Uzbekistan's Gafur Rakhimov, a man linked to heroin trafficking, as President.

Morocco's Mohamed Moustahsane is currently acting as temporary President but a permanent one is expected to be elected after Tokyo 2020 as AIBA battles to regain control of the sport.

Kremlev has been widely tipped as the favourite, although he continues to claim he has not yet made up his mind whether or not he will stand.

"I don't think about the Presidency at all," he told insidethegames.

"Whoever leads AIBA, I have been helping and will continue helping all the boxing society.

"If it would be necessary to become a President of AIBA to rebuild the organisation, I will."

The IOC report published last May that led to the suspension of AIBA from organising the tournament at Tokyo 2020 specifically mentioned Kremlev and claimed his offer to clear the governing body's debt while also admitting he may run for President represented "a major conflict of interest".

"It is not the 'conflict of interests' that I have attracted sponsors who are ready to work with boxing and help the sport worldwide," Kremlev told insidethegames.

"As you know, we are launching the International Boxing Foundation in Switzerland, and now we have a lot of requests from all over the world to invest money in it.

"Boxing community credited me to be a head of this Foundation, and my task as a leader is to attract money."

Kremlev claimed he had tried unsuccessfully to contact the IOC to clarify his offer.

"I think this is really odd mentioning in the Inquiry Committee report," he said.

"They've made a conclusion based on my proposal to invest money to save AIBA, not replying my questions and my letters and never contacted me.

"Our National Federations elected us and put us in charge to take all the important decisions.

"And we are completing all the tasks."