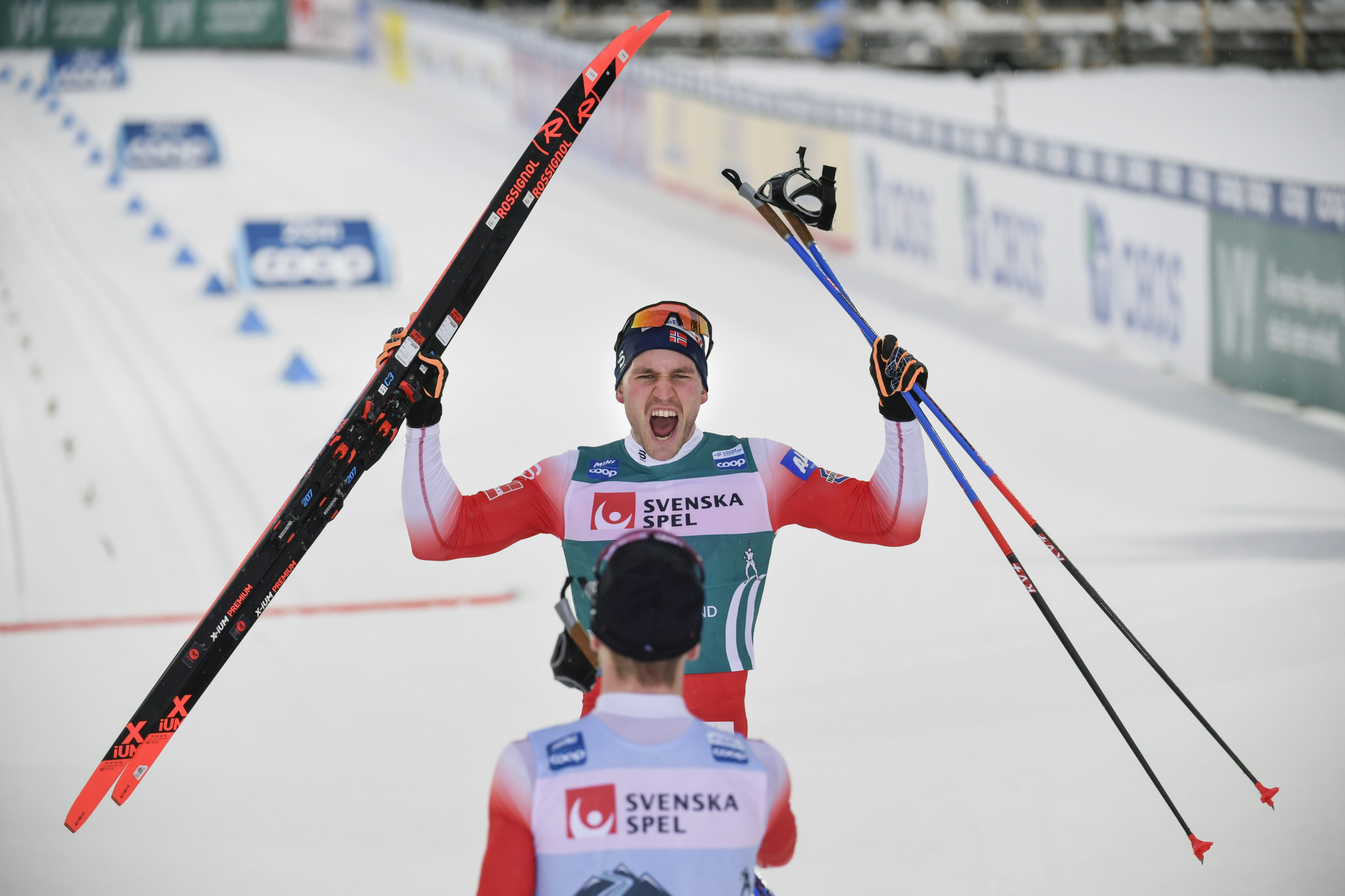 On day two of the 12th leg of the tour in Östersund in Sweden, sprint specialist Golberg started in eighth 28 seconds down on yesterday's individual winner Sjur Røthe but quickly moved up the field in the 15 kilometre individual pursuit.

By the 6km mark, he moved ahead of long-time leader, Simen Hegstad Krüger and slowly faced pressure from the Russian World Cup leader, Alexander Bolshunov, who took the silver medal.

Only 0.3 seconds separated the two in the end with Golberg winning in 34min 50.8sec, with his team-mate Martin Løwstrøm Nyenget finishing in bronze two seconds behind, winning his first individual podium.

Røthe was present near the front throughout and narrowly missed the bronze from Nyenget by just 0.4 seconds to finish fourth with Hans Christer Holund finishing seven seconds behind the winner with a large gap to the rest of the field.

Of the top eight, Bolshunov would be the only non-Norwegian, showing the nation's dominance in the event, however, the Russian sits on over 500 points at the top of the overall World Cup standings.

Johaug's lead never looked in doubt as she won by nearly a minute in 27:29.0 over her team-mates who were separated for silver and bronze by a photo finish with Weng, who made up lost ground in the final stages, getting the nod for second.

Sweden's under 23 skier Ebba Andersson once again narrowly missed the medals, finishing less than a second behind Østberg for fourth.

The victory was Johaug's 68th World Cup win and her 130th podium, with her double gold in Östersund being her 12th and 13th of the season.