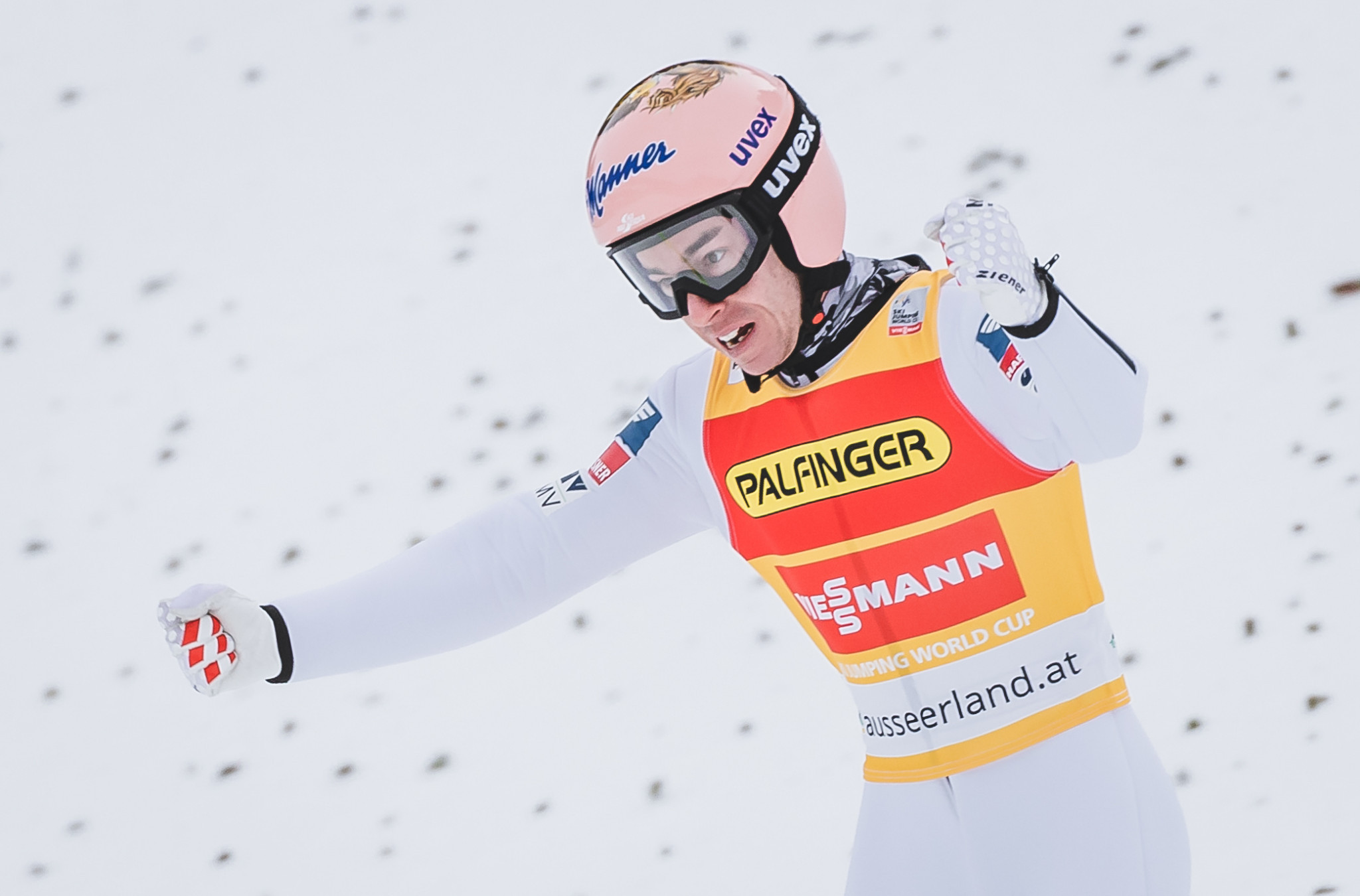 Stefan Kraft returned to the top of the podium after in the second International Ski Federation (FIS) Ski Jumping World Cup event at Tauplitz-Bad Mitterndorf in his home nation of Austria.

Kraft, who finished in the bronze-medal position in yesterday's event, performed better today and posted a total score of 232.6 points, 0.7 ahead of Japan's Ryōyū Kobayashi.

After a disappointing ninth place yesterday, Kobayashi had his best finish in six events.

Slovenia's Timi Zajc nearly took gold yesterday and found himself on the podium again, winning bronze as he made the podium for the third time this season.

Yesterday's winner, Poland's Piotr Żyła, could not match the great heights he reached on day one as he finished a distant ninth while his team-mate Kamil Stoch had a solid performance in fourth, bringing him up to fifth in the overall World Cup standings.

Another Pole, Dawid Kubacki has been one of the top jumpers this year but had a poor day, finishing 32nd.

Zajc's team-mate Domen Prevc rounded off the top five with his second-best performance of the campaign.

Germany's Stefan Geiger would lose ground on Kraft in the overall World Cup standings after only finishing sixth, allowing the Austrian to extend his lead to 138 points.

Kobayashi's return to form put him back ahead of Kubacki in third place.

The next leg of the World Cup will take place in Râșnov in Romania on February 21 and 22.