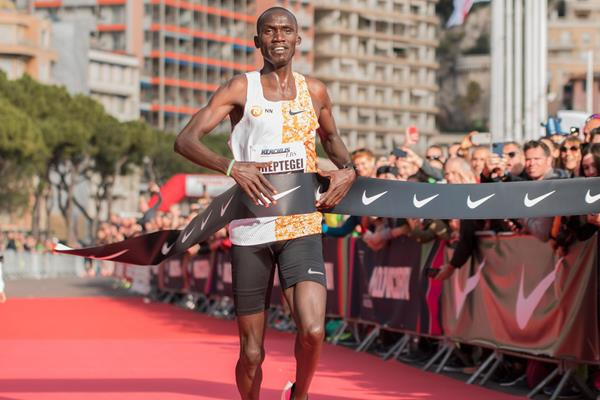 Cheptegei's performance marked the second time in a just over a month that the world record for the 5km on the road had been broken.

Rhonex Kipruto of Kenya had lowered the mark to 13:18 en route to breaking Cheptegei's 10km world record in Valencia on 12 January.

"This is a really great," said Cheptegei, the reigning 5,000m and 10,000m Commonwealth Games champion who was making his first appearance of the season.

"I had sub 13 minutes in my mind today so when my legs felt good during the race I decided to really go for it.

"To take this many seconds off the record makes me very happy and is a great first test for me in an important season."

Cheptegei is the only Ugandan to set four world records and his display continued his superb run of recent form.

He won the World Cross Country Championships in Aarhus in March last year before clinching the world 10,000m title in Doha in October.

Jimmy Gressier of France was second at the Monaco Run 5km in a European record of 13:18.