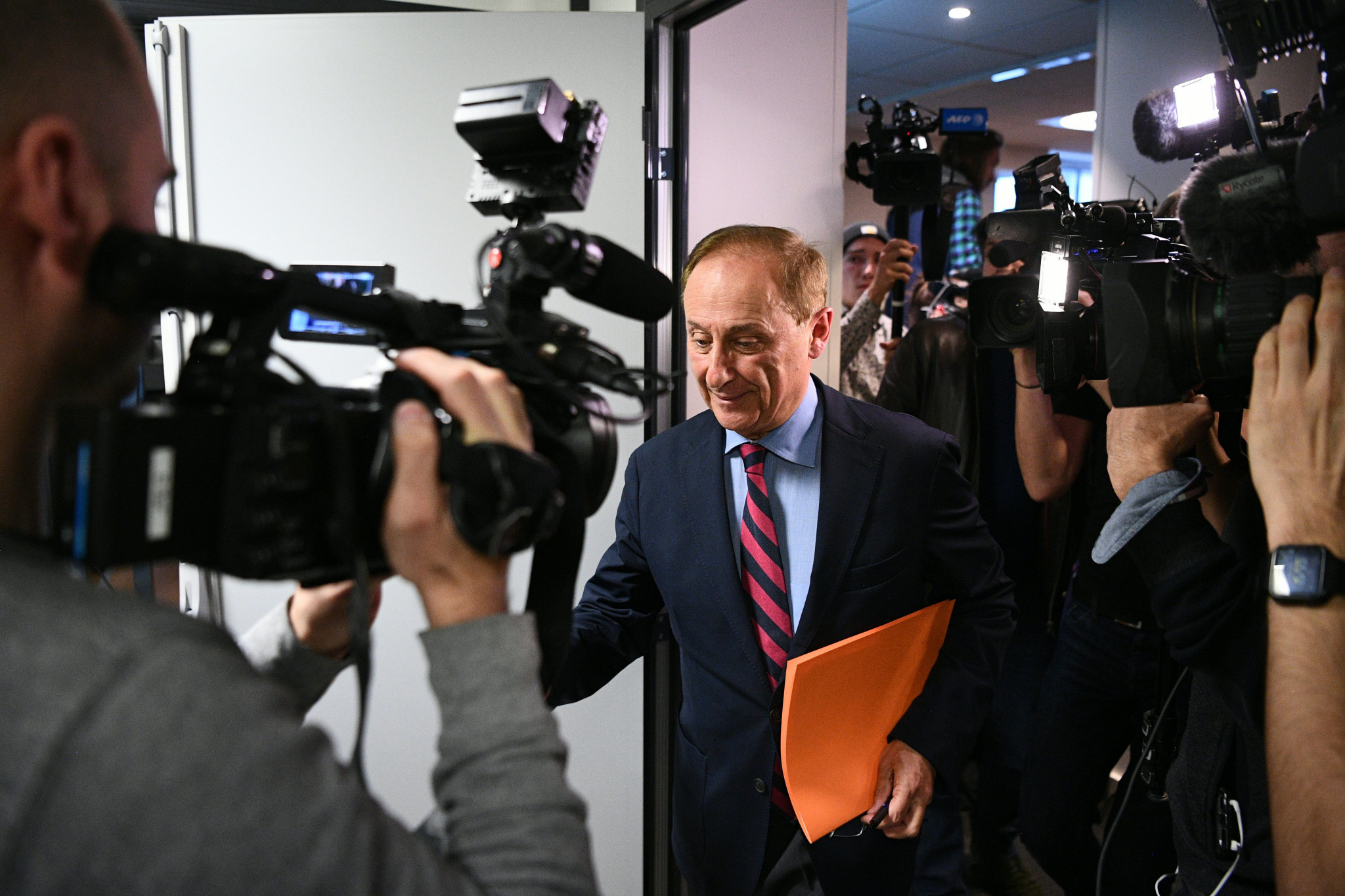 A preliminary investigation was launched by French prosecutors on Tuesday (February 4) following claims in a book by former figure skater Sarah Abitbol.

Abitbol, now aged 44, alleged that she had been raped multiple times from 1990 to 1992 by former coach Gilles Beyer.

According to Agence France Presse, Beyer last week said that he had had “intimate” and “inappropriate” relations with Abibtol.

Three further claims by athletes that they had been raped by former coaches have since been made.

The allegations had led to Maracineanu urging Gailhaguet to resign from his role as FFSG President.

The call came due to Beyer being allowed to serve as the team manager of the French junior team at the 2011 Figure Skating World Championships.

Beyer was allowed to take the role despite an inquiry by the French Sports Ministry in 2000, which reportedly revealed he had inappropriate behaviour with an underage skater.

Gailhaguet claimed he had requested the inquiry take place in 2000 and has denied protecting Beyer.

“Everybody makes mistakes, I made mistakes but I was never at fault,” Gailhaguet said at a press conference yesterday, according to Reuters.

“Yes, the Executive Committee named him team manager of the juniors team in 2011.

“It’s easy to judge now that we know the facts.

“Ninety percent of all the facts, I’ve just learned them.”

Gailhaguet reportedly refused to resign until he sees the results on a newly launched inquiry by the French Sports Ministry, with their investigation set to assess around 200 figure skating clubs.

Speaking at Global Sports Week Paris, Maracineanu reiterated her call for Gailhaguet to resign from his position.

The French Sports Minister said members of the federation who had voted for Gailhaguet should also take responsibility to help remove him from the position.

“I only have the power to ask him to resign and I did once, and I do it again right now,” Maracineanu said.

“The power lies with those who were voting for him.

“I call for responsibility from the people who have voted for him.

“I also began the process of taking away the accreditation of the federation in order to constitute a new one.

“We are considering further steps.”

He was forced to serve a three-year ban from the sport for his involvement in the Salt Lake City judging scandal, which saw him leave his role at the FFSG and leave the International Skating Union (ISU) Council.

Gailhaguet was re-elected as FFSG President in December 2007 and has remained in the post since.

The Frenchman also launched an ultimately unsuccessful campaign to be elected ISU President in 2016.

Maracineanu called for victims of abuse across sport to come forward, with the French Sports Minister adding that action would be taken to help prevent similar cases in the future.

“It has been a great shock to us to be aware of cases that happened some years ago,” she said.

“We are encouraging people to come to us and say what they are facing and what they have faced.

“People also need to take responsibility, including the heads of federations and associations.

“They have to be responsible and ready to work hand-in-hand with us.

“I think the cases have to be tackled altogether.

“It is a very important issue.

“I am proud of the athletes who are ready to speak out and we will be there for them.

“It is not just ice skating, the subject concerns other federations as well in France and in the rest of the world.

“We need to hear people speak and work with them to find remedies and take action against this criminality which exists in both sport and society.”

A series of sexual abuse scandals have rocked sport in recent years, including the USA Gymnastics scandal involving the disgraced doctor Larry Nassar.

Keramuddin Karim was banned for life from football by FIFA last year for repeated sexual abuse of female players while President of the Afghanistan Football Federation.