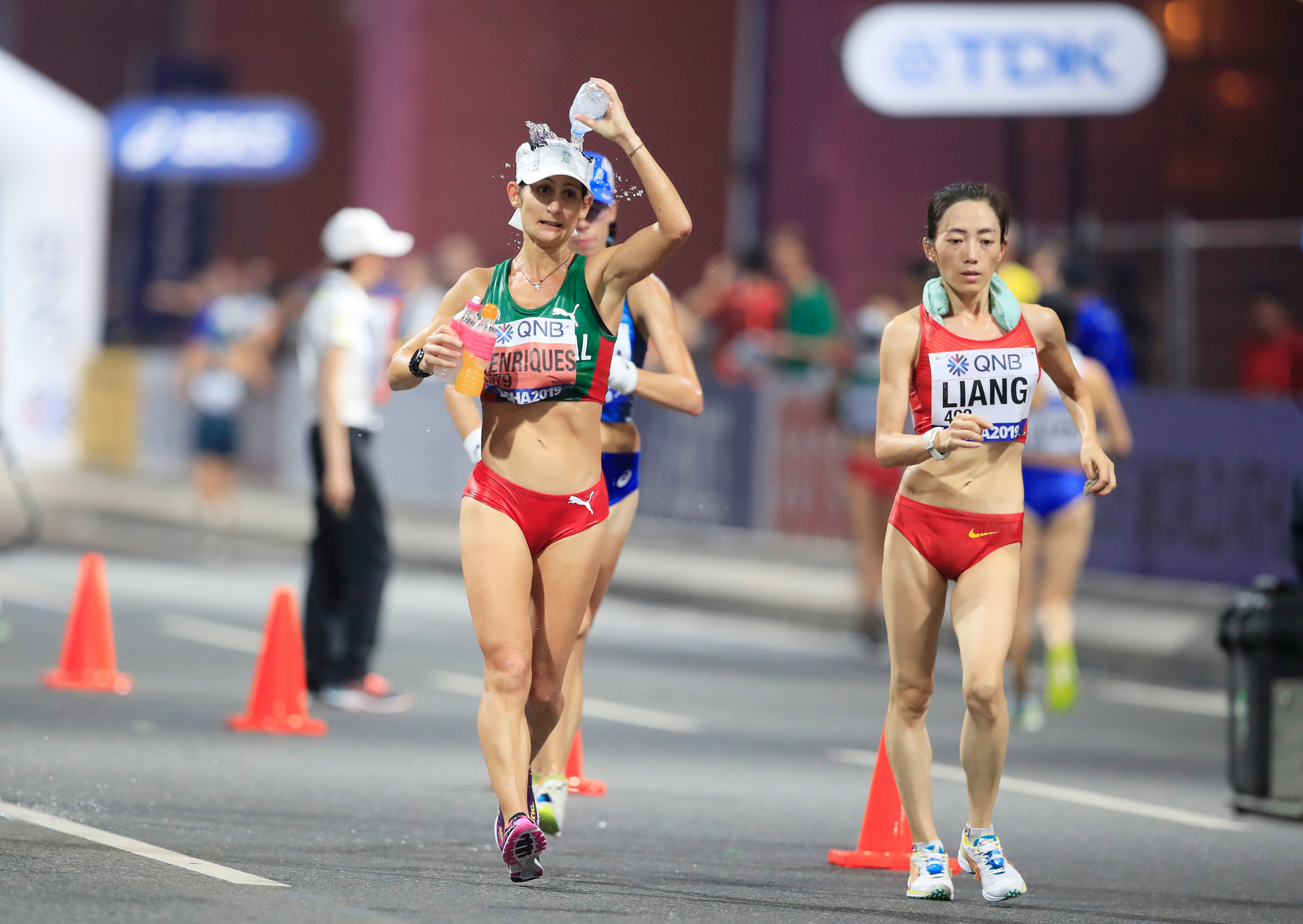 An attempt by a group of female race walkers to force World Athletics and the International Olympic Committee (IOC) to add a 50 kilometres event for women to the programme for this year's Olympic Games in Tokyo has suffered a potentially fatal setback.

The Court of Arbitration (CAS) announced today it could not rule on the appeal because it does not have jurisdiction in the matter.

Among those who had appealed to CAS was Portugal's Inês Henriques, winner of the gold medal in the event at the 2017 International Association of Athletics Federations (IAAF) World Championships in London.

The appeal had originally been filed in April last year with the backing of American lawyer Paul F. DeMeester, who had accused the IAAF of discriminating against women by not including a race for them at major championships.

It has now been thrown out by CAS, however.

"The CAS Panel found that it did not have jurisdiction to rule on these appeals," CAS said in a statement published today.

"For this reason, the arbitration procedures have been terminated."

A women's 50km walk was added to the World Championships at London three years ago following pressure from DeMeester and former Australian athlete Tim Erickson, but only seven athletes took part.

The event was also part of last year's IAAF World Championships in Doha, attracting entries from 23 competitors in a race won by China's Liang Rui.

In a statement last year, DeMeester claimed the Olympic Charter’s position on gender equality, that any form of discrimination on the grounds of gender is "incompatible" with the Olympic Movement, means a women’s 50km race should have featured in every Games since Beijing 2008.

A 50km race walk for men has appeared in every Olympics since Los Angeles 1932, with the exception of Montreal 1976.

But Tokyo 2020 could be the last Games where it appears as World Athletics - the new name for the IAAF - is set to change the distances competed at in major championships.

DeMeester had also led the campaign to block an attempt to get the men's 50km dropped from Tokyo 2020.

Besides Henriques, the other athletes to have taken the case to CAS were Australian champion Claire Woods, Ecuadorians Paola Pérez, Johana Ordóñez and Magaly Bonilla plus Spain's Ainhoa Pinedo and the United States' Erin Taylor-Talcott.

One male athlete, New Zealand’s Quentin Rew, had also backed the case because, according to DeMeester, the two-time Olympian “feels strongly that women athletes should have the same opportunities as men".

The IOC initially wanted to cut the men’s 50km race from Tokyo 2020 in favour of a mixed relay to ensure a more gender-equal programme, but the schedule was rejected in April 2017.

World Athletics, then the IAAF, had claimed in a statement sent last year to insidethegames that they had tried to get the women's 50km included on the programme but the IOC had turned down their request because the track and field programme for Tokyo 2020 had already been agreed by its Executive Board in June 2017 before the event made its World Championships debut at London that year.