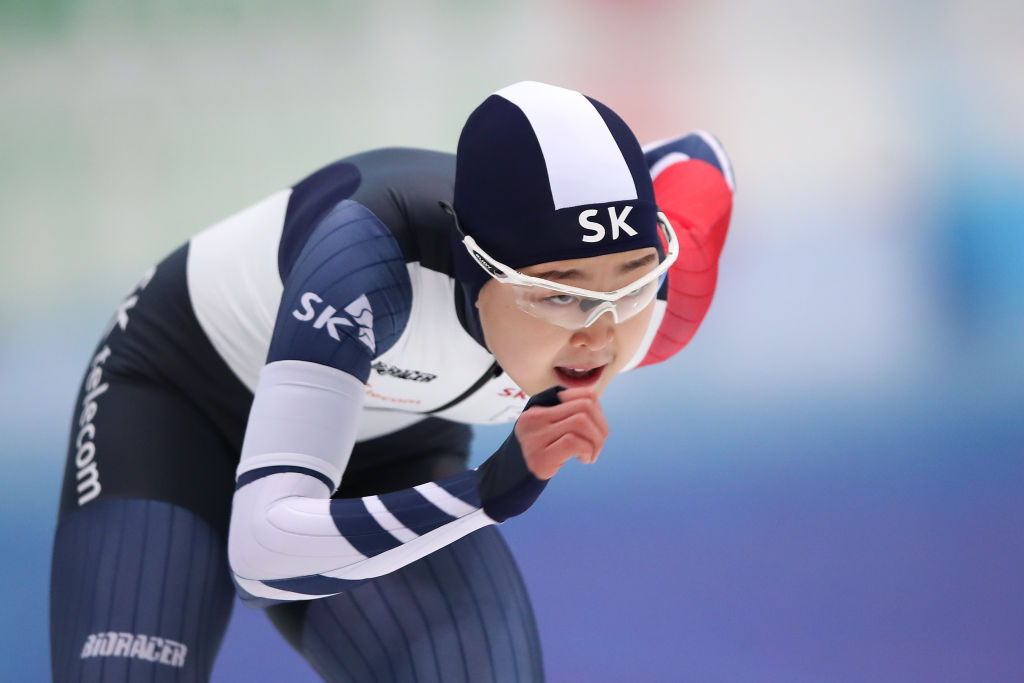 The inaugural event features only athletes from outside Europe at Pettit National Ice Center.

Kim Min-sun became the first gold medallist at the championships as she earned women's 500m victory in a time of 38.41.

She saw off the challenge of Canada’s Brooklyn McDougall, who was forced to settle for the silver medal in 38.52.

Bronze was claimed by Kim Hyun-yung, with the South Korean skater finishing in 38.55.

Canada’s Alex Boisvert-Lacroix, who competed against Kim in the last pairing to skate in the final, secured silver in 34.72.

Bronze was claimed by Kazakhstan’s Roman Krech in 34.94, with Canada’s Laurent Dubreuil just 0.01 seconds off a podium place in fourth.

Kim would earn his second gold medal of the day as part of South Korea’s men’s team sprint squad.

A home win as 🇺🇸 skater Mia Kilburg-Manganello takes the Ladies' 3000m 🥇 at the Four Continents in Milwaukee. 💥💪👏

Canada were crowned winners of the women’s team sprint event, with Noémie Fiset, Béatrice Lamarche and Brooklyn McDougall powering to victory in 1:29.82.

The trio were 0.88 seconds quicker than their South Korean rivals, while China finished in 1:33.38 to round off the podium.

The home crowed were able to celebrate success in the women’s 3000m event, with the United States’ Mia Kilburg-Manganello taking the tile in 4:07.005.

The American had edged ahead of rival Nadezhda Morozova in the closing stages, with the Kazakhstan skater eventually ending 0.80 behind the winner.

Japan’s Nana Takahashi achieved a time of 4:11.009 to round off the top three.

Competition will continue tomorrow with the 1500m and mass start events.