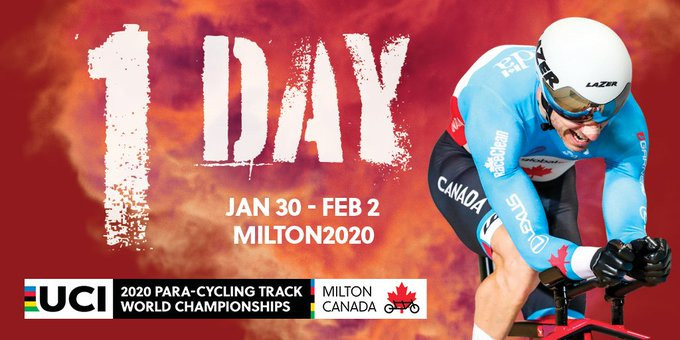 They will provide the final chance for track cyclists to qualify for the Tokyo 2020 Paralympic Games.

Chernove and Wilson will both be competing in the endurance events, with the former in C2 and the latter in C1.

Taylor and pilot Veal will race in tandem events, while Molnar and Shaw contest C4 races.

Canada will be joined by 31 other countries in competing at the UCI Para-Cycling Track World Championships, which will mark the first World Championships held at the Mattamy National Cycling Centre since the venue was completed prior to the Toronto 2015 Pan American and Parapan American Games.

"Racing on our home track in Milton is a privilege and will be a great way to showcase what our amazing athletes can achieve," Sébastien Travers, Cycling Canada’s Para-cycling head coach, was reported as saying by the Canadian Cycling Magazine.

"This event should trigger the much-needed awareness around Para-sports and more specifically Para-cycling.

"We hope that it will be a driver for persons with disabilities to engage in sports and experience the uniqueness of competition."