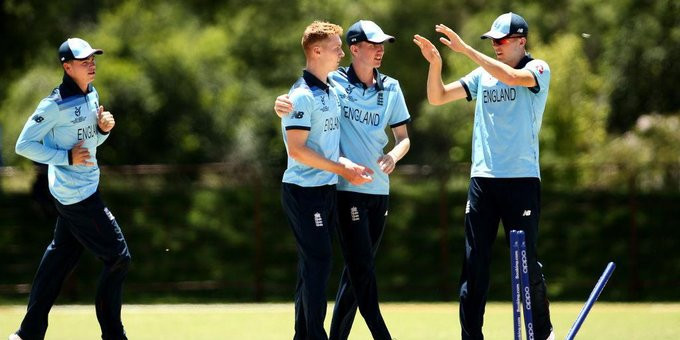 England and Sri Lanka both took a step towards reaching the ninth-place playoff after coming out on top in their respective Plate League quarter-finals at the International Cricket Council Under-19 World Cup in South Africa today.

Having dismissed Japan for 93 all out, England wrapped up their run chase in just 11.3 overs at Witrand Oval in Potchefstroom, winning by nine wickets.

Dan Mousley led the England batsmen, ending on 57 not out from 36 balls.

There was also a comfortable 233-run victory for Sri Lanka over Nigeria at Ibbies Oval in Potchefstroom.

Ravindu Rasantha was the stand-out performer with a superb 102 off 111 balls as Sri Lanka finished on 306-7.

In reply, Nigeria were bowled all out for 73 with Dilshan Madushanka taking five of the wickets.

Action in South Africa is due to continue tomorrow.

Defending champions India face Australia in the first of the Super League quarter-finals, while playoff matches between Canada and Zimbabwe and Scotland and the United Arab Emirates are also scheduled.