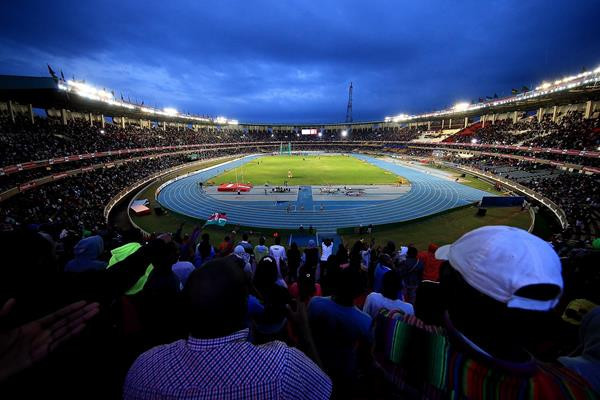 Ten cities will host Gold level athletics meetings across four continents as part of the pilot year for the World Athletics Continental Tour in 2020.

The new series will have three categories of Gold, Silver and Bronze, which will determine the quality of competition and the prize money on offer.

The Continental Tour Gold will begin in Nairobi in Kenya at Moi International Stadium on May 2 before moving to Tokyo in Japan and Nanjing in China on May 10 and 13.

The tour then comes to Europe, visiting Ostrava in the Czech Republic on May 22; Hengelo in the Netherlands on June 1; and Turku in Finland on June 9.

Kingston in Jamaica will host the only North American fixture on June 13 before the Gold Tour concludes in Europe before the Tokyo Olympics in Szekesfehervar in Hungary on July 7.

Returning after the Olympics, Silesia in Poland will host on September 6 before the final event in the Croatian capital of Zagreb on September 15.

The Continental Tour Silver will also be hosted over 10 cities while the Bronze will be made up of 50 different meetings all over the world.

Oceania and South America do not have Gold level meetings but success in Silver events in Brisbane in Australia and Sao Paulo in Brazil could see the continents upgraded to Gold in future, according to World Athletics.

These events will be the 200m, 3000m steeplechase, triple jump, hammer throw and discus.

"Between the Wanda Diamond League and the Continental Tour all disciplines will be catered for and many more athletes will have access to top class competition,’’ he said.