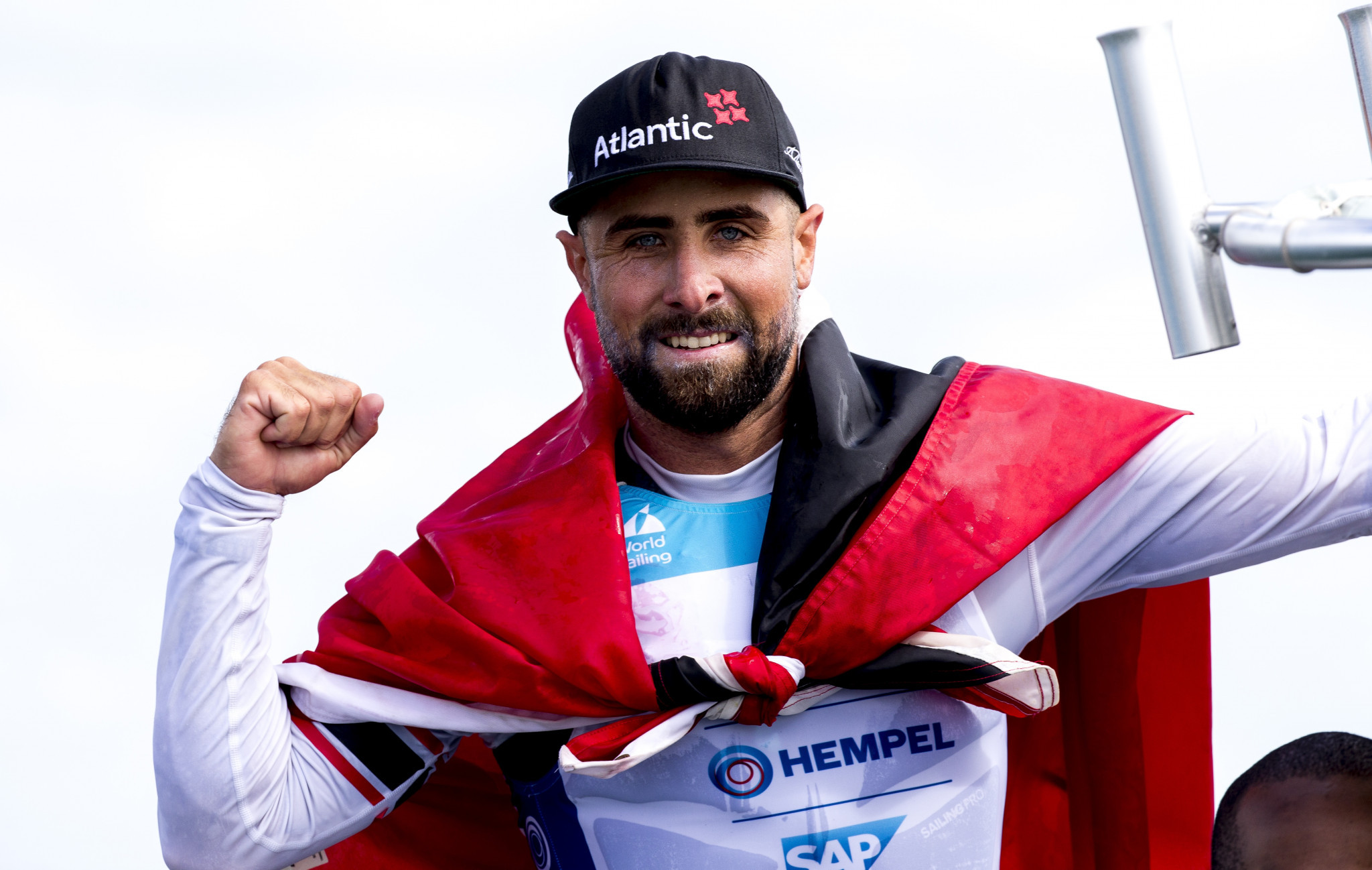 Trinidad and Tobago's Andrew Lewis booked his place at Tokyo 2020 in a dramatic medal race at the Sailing World Cup in Miami.

The event in Florida was the last chance for North American countries to earn a spot at this year's Olympics if they had not already done so, with one place available in each class.

Two-time Olympian Lewis had to battle against five Canadians in the laser category, as the World Cup concluded.

A false start looked like it had ended his hopes, but he benefited from a race abandonment which gave him a second chance.

He then raced to a fourth place finish, which left him as the top North American sailor in fourth overall.

"It was hard out there.

"Five Canadians in the medal race, I don't think I've ever seen a medal race with that many sailors from one nation.

"Five of them were trying to prevent me from getting one position.

"Three of them could overtake and at one point during the race one of them had it.

"One went left, one went right, one nearly won the race.

"I wanted to push for the bronze medal but in that position, I didn't want to take the risk."

The overall champion in the laser was Peru's Stefano Peschiera, who won the medal race to take over from Argentina's Francisco Guaragna Rigonat.

Only the top 10 sailors from the regatta so far progressed through to the medal races.

In the remaining six classes, the North American country to qualify for Tokyo 2020 was either confirmed or all but assured.

Hosts United States were the only country who could qualify in the women's 470 and twin sisters Carmen and Emma Cowles ended as their leading crew.

They finished fifth in the medal race to come eighth overall, one spot in front of compatriots Atlantic Brugman Cabot and Nora Brugman.

With the World Cup also the American national qualifier for the Olympics, the siblings can look forward to Tokyo 2020.

France's Camille Lecointre and Aloise Retornaz won the medal race and the overall standings as the Tokyo 2020 test event winners continued their domination of the regatta.

American Erika Reineke was fifth in the medal race to win the overall laser radial title, with Elena Oetling already sure of a Tokyo 2020 place for Mexico.

In the men's 470, medal race victory for Spain's Jordi Xammar Hernandez and Nicolas Rodriguez Garcia-Paz saw them pinch top spot from Australia's Olympic silver medallists Mat Belcher and Will Ryan and Japan's Keiju Okada and Jumpei Hokazono, who were level at the top overnight.

The North American Olympic place had already been sealed by Jacob Saunders and Oliver Bone of Canada.

Mexico's Ignacio Berenguer ended behind him in the final rankings to collect the North American Olympic spot.

Canada were the only North American country in the fleet not to have qualified for Tokyo 2020, so booked their spot as Nikola Girke safely finished in fourth.

The Sailing World Cup circuit will now move to the third leg of the season in Genoa in April.

European countries who have not already qualified for Tokyo 2020 will have a final chance to book their space.