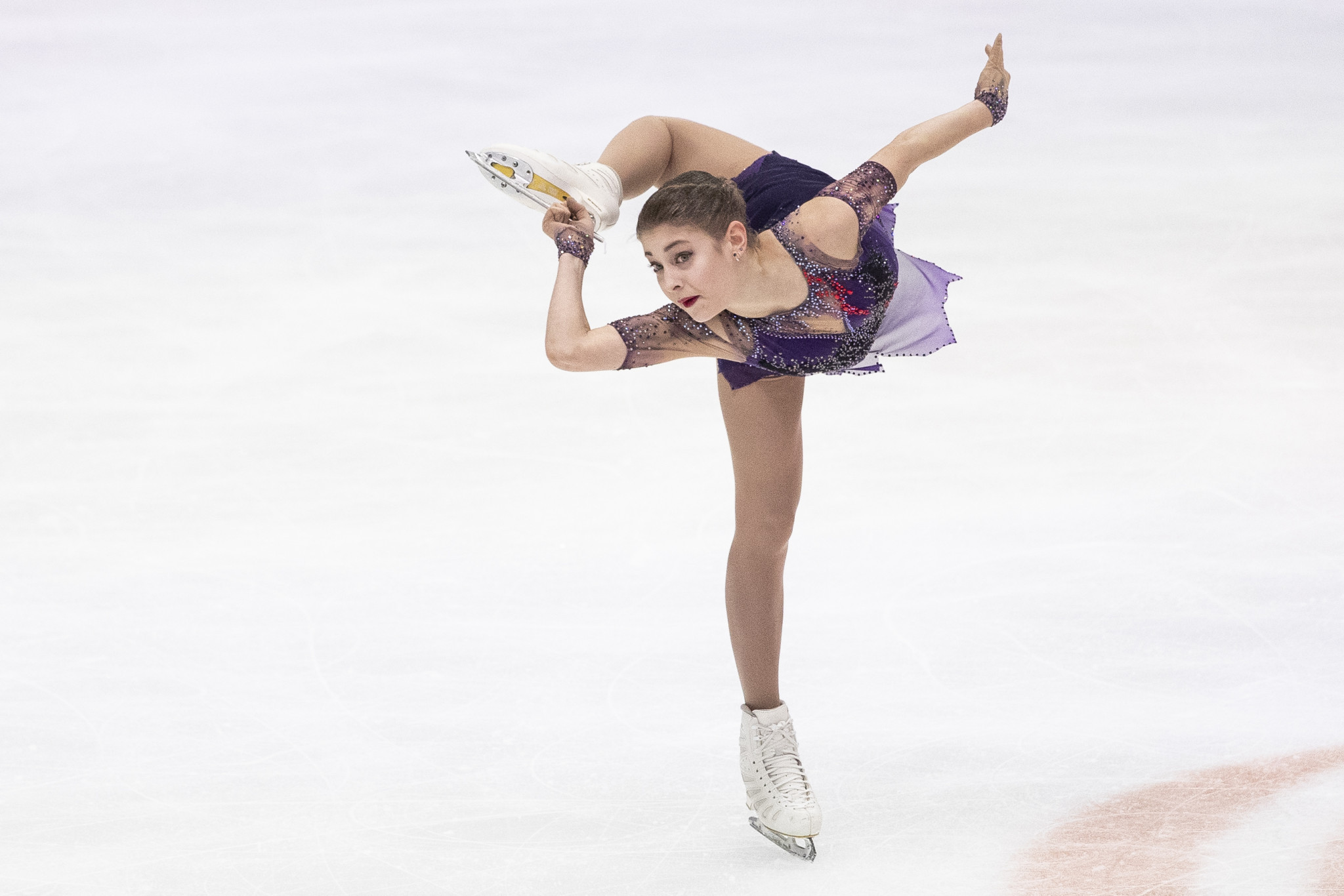 Russia completed a clean sweep of every gold medal at the International Skating Union (ISU) European Figure Skating Championships in Graz for the first time in 14 years when, as expected, they won the women's singles and, more unexpectedly, claimed the title in the ice dance.

Alena Kostornaia led a Russian podium sweep in the women's event, retaining the lead she had established in the short programme, despite a fall in the free skate at the Steiermarkhalle.

All three skaters are coached by Eteri Tutberidze.

Kostornaia, skating to Twilight and Supermassive Black Hole  landed seven of eight triple jumps in her free skate, including two triple Axels, only missing her last jump, a triple Lutz.

Shcherbakova and Trusova both jumped quads, with the extra points of difficulty making up for some inconsistent landings.

Shcherbakova landed two quads, one of them under-rotated, and fell on a third.

Trusova had planned five quads but ended up attempting three and landing one.

"I am just really happy that I am here at all and ended up on the podium," Kostornaia said after ensuring Russia won this title for a seventh consecutive year.

"When I came to this competition, I didn‘t think about my chances to win.

Earlier, Victoria Sinitsina and Nikita Katsalapov had won the ice dance following victory in the men's event for Dmitri Aliev on Thursday (January 23) and in the pairs last night for Alexandra Boikova and Dmitry Kozlovsky.

It was the first time since the Championships in Lyon in 2006 that Russia had won all four gold medals.

The victory of Sinitsina and Katsalapov denied France's Gabriella Papadakis and Guillaume Cizeron the opportunity of winning a record-equalling sixth consecutive European title.

Sinitsina and Katsalapov delivered a smooth and fluid dance to Songs My Mother Taught Me by Anton Dvorak, completing intricate steps and beautiful lifts.

The 2019 World silver medallists collected a level four for the twizzles, the lifts and the spin while the one foot step sequence was rated a level four and three and the serpentine step sequence a level three to post a personal best of 131.69 points and total of 220.42 to overtake Papadakis and Cizeron, who had led after the short programme.

Sinitsina and Katsalapov are the first Russian Ice Dance team to claim gold at the European Championships since Ekaterina Bobrova and Dmitri Soloviev won in 2013.

"To get anywhere near Gabriella and Guillaume seemed impossible for all the skaters," Katsalapov said.

"But we are all athletes and everyone who works improves every day."

Papadakis and Cizeron performed to Find Me by by Forest Blakk and music by Olafur Arnalds.

The four-time world champions collected a level four for their lifts, twizzles and the spin.

However, the one foot step sequence garnered a level two for her and a level three for him, leaving them with a score of 131.50 points which saw them slip to second with 220.28 points.

"We knew the competition was very close so yes, we knew we didn't have room for mistakes and we made them," Papadakis admitted.

"We were happy with the performance and how we dealt with the competition and the stress.

"It's our seventh European Championships and we won five of them which is huge.

"We are already very proud and especially proud of how we did this week.

"We can't always win and we accept it."

It meant, of the 12 medals awarded at these Championships, Russia won 10 of them.