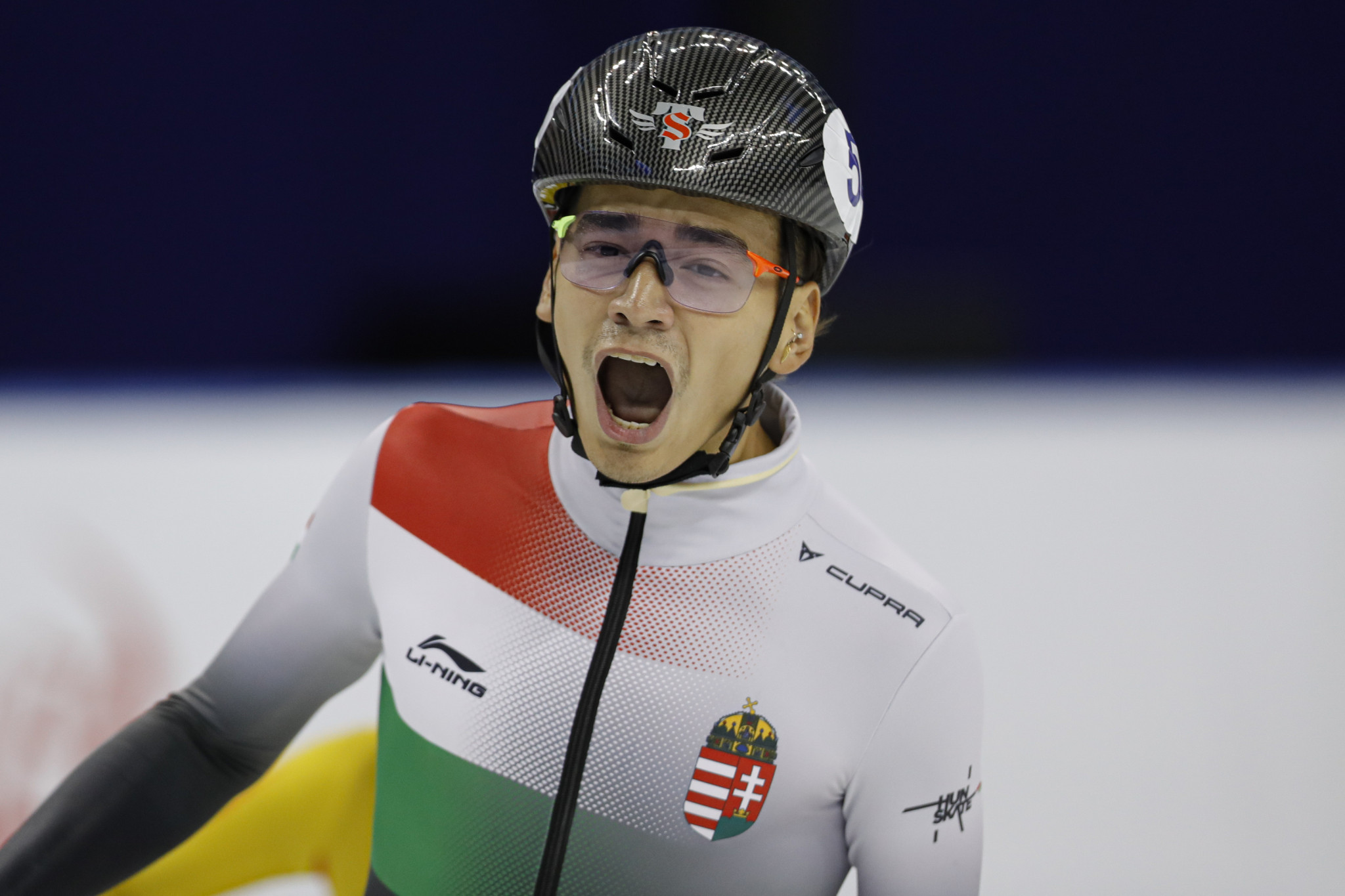 Shaolin Sándor Liu was attempting to defend his 1500 metre title in front of a home crowd at Great Forest Park, but after he crashed in the final lap it was his younger brother who triumphed.

The elder Liu brother made amends in the 500m, taking the European title off Shaoang.

Semen Elistratov of Russia was the bronze medallist in 41.686.

Shaoang Liu's impressive performance saw him take on the role of championship leader with 55 points.

Suzanne Schulting 🇳🇱🥇 makes it double-gold with victory in the #EuroShortTrack 500m in Debrecen, leading all the way from Valcepina 🇮🇹🥈 and Maliszewska 🇵🇱🥉

Natalia Maliszewska of Poland, last year's victor, slipped down to third place after finishing in 43.709.

Competition continues tomorrow with the men and women's 1000m and 3000m finals, followed by gold-medal races in the women's 3000m relay and men's 5000m relay.