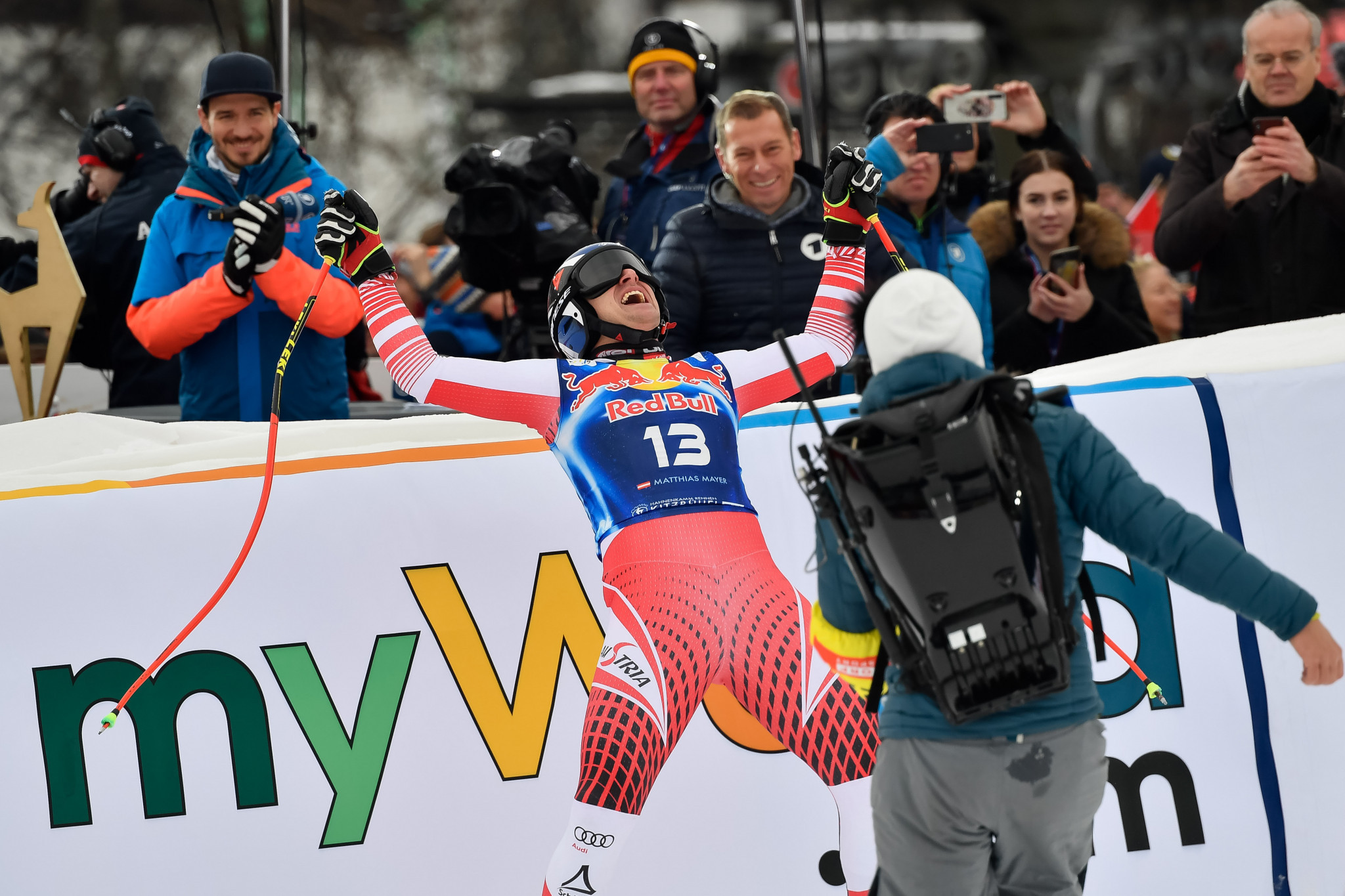 Home skier Matthias Mayer, joint second in the previous day’s men’s super-G at the prestigious International Ski Federation (FIS) Alpine Ski World Cup at Kitzbühel in Austria, took a step up to the top of the podium today as he won the downhill.

In a weekend of action expected to attract crowds of more than 80,000, Mayer was fastest down the famed Hahnenkamm slope, stopping the clock at 1min 55.59sec.

With Italy's Dominik Paris unable to defend his title after a crash in training left him with a season-ending anterior cruciate ligament injury, Mayer took full advantage and is now second in the overall men’s World Cup rankings on 692 points, behind the new leader on 700, Aleksander Aamodt Kilde.

What a special day for @matthiasmayer_! 🇦🇹 He joins @Kjansrud and #DominikParis among the active skiers to score a double at the @hahnenkammrace! #fisalpine pic.twitter.com/GgSwE2yS6V

The Norwegian was ninth today, 0.90sec behind Mayer, with joint second place at +0.22 going to Mayer’s compatriot Vincent Kriechmayr and Switzerland’s Beat Feuz.

Kjetil Jansrud of Norway, winner of the previous day’s super-G race, was sixth at +0.67.

Mayer now moves up to third in the World Cup downhill rankings after six of the 10 scheduled races, with 300 points, behind Feuz, who leads with 480, and Paris, who has 384.

In the overall standings, the Austrian is just one point ahead of Norway’s Henrik Kristoffersen, who leads the World Cup slalom rankings and will expect to establish himself on top of the overall list following tomorrow’s concluding slalom race at Kitzbühel.