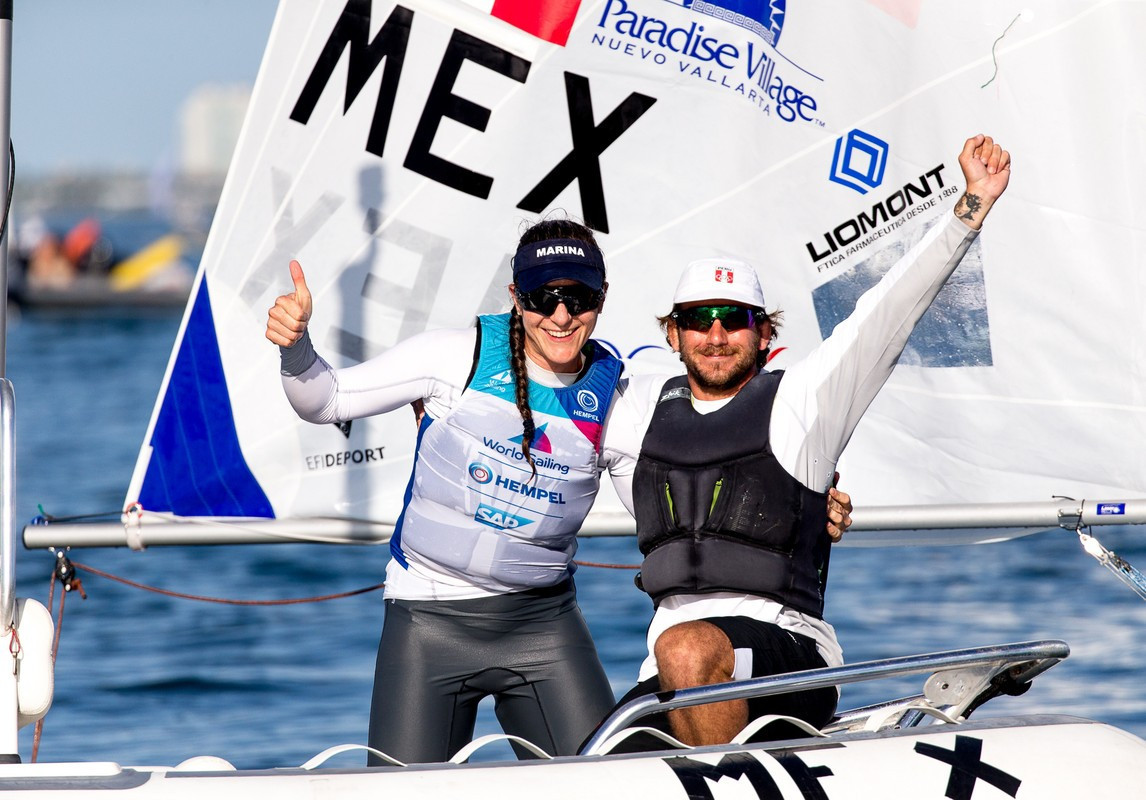 Elena Oetling secured her nation, Mexico, and herself a place at this year's Olympic Games in Tokyo today after completing the fleet racing at the Sailing World Cup in Miami with five top-10 finishes in the laser radial class.

For the second successive day, fitful winds posed problems for the schedule on day five of this final Tokyo 2020 qualifier for countries in the North American area still to earn Olympic places, and which is doubling as the American selection race.

"I qualified Mexico and I qualified myself for the Olympics," Oetling, who had done enough to discard her 15th-place finish today in the only laser radial race run, said.

"It’s something I have been working towards my whole life - I just cried, I was so happy.

"It was a hard day, because we had a lot of waiting.

"You always have to be ready because at any moment a race can start.

"When we finally got the race in it was super-light, so it was hard for me to manage.

"I knew what I had to do - stay as close to my competition as possible and don’t let them have too many points."

Further Mexican spots are all but confirmed in the Finn and men’s RS:X classes.

Canada have booked their ticket in the men’s 470 event thanks to Jacob Saunders and Oliver Bone, while the United States did the same in the women’s equivalent, with this event acting as the US team qualifier.

Victory in today’s women’s 470 race took Atlantic and Nora Brugman into tomorrow’s medal race as the leading US crew in eighth place, one point and one place ahead of compatriots Carmen and Emma Cowles.

In the Finn class, Mexico’s Juan Perez Soltero appears to be in a strong position as he contests the North American Tokyo 2020 spot with Bermuda’s Rockal Evans.

Victory in that class is already decided as Rio 2016 bronze medallist Caleb Paine of the US has an unassailable lead over Canada’s Kyle Martin.

The race for the North American laser qualifying place will go to the wire, with Trinidad and Tobago seeking to fend off the challenge of three pursuing Canadians.

No racing was possible today for the lasers or RS:X fleets.

The laser radial fleet is currently headed by home sailor Erika Reineke, who has a two-point lead over Vasileia Karachaliou of Greece.

In the men’s 470 class, Australia’s Rio’s 2016 silver medallists Mat Belcher and Will Ryan are leading but level on points with Japan’s Keiju Okada and Jumpei Hokazano.

The final opportunity for European sailors to qualify for the Tokyo 2020 Games is due to take place in Genoa this April.