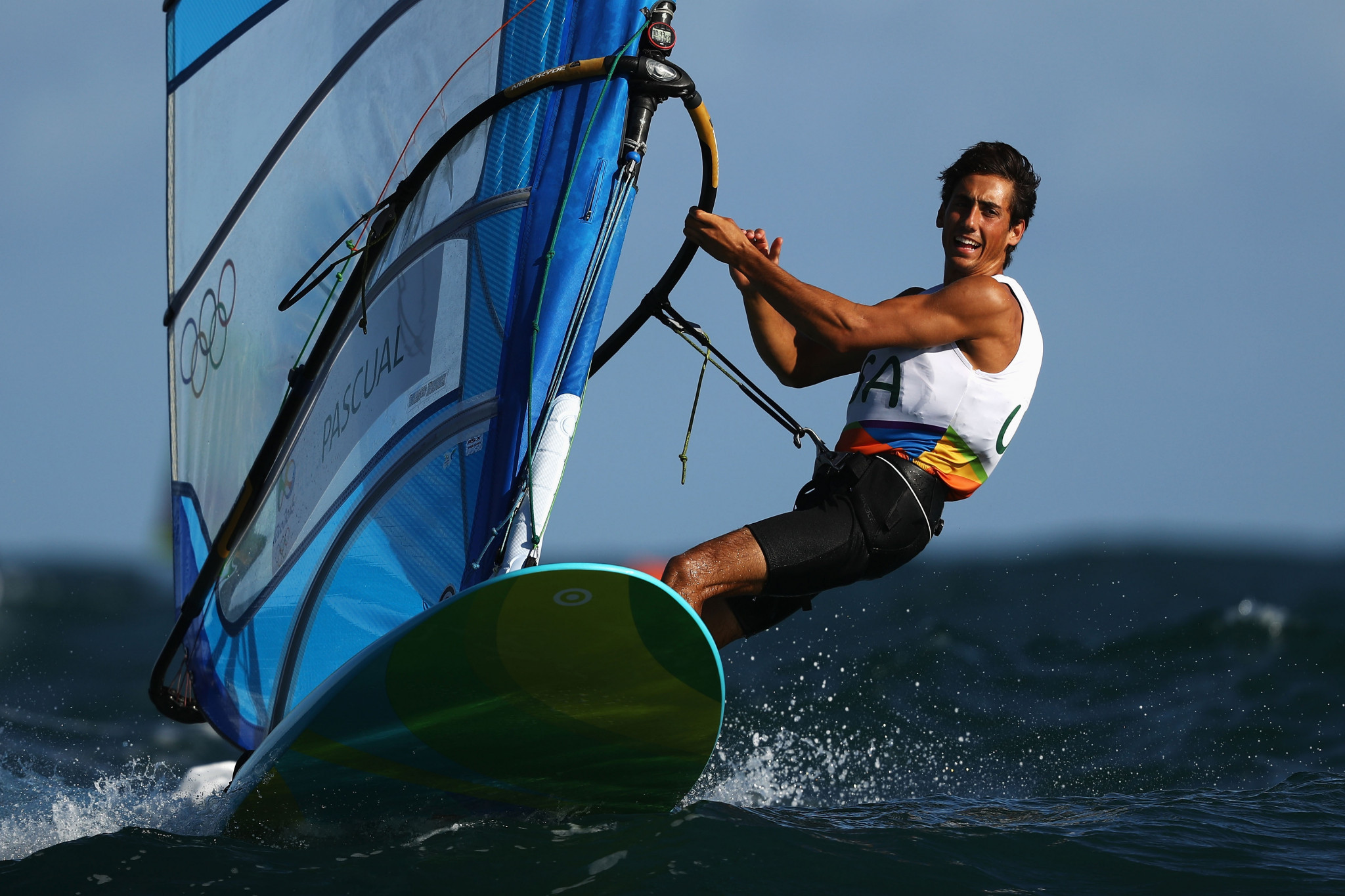 Fluctuating breezes and sporadic showers enforced lengthy postponements on the fourth day of an event that doubles as American Olympic selection and also offers North American countries who have yet to qualify for Tokyo 2020 a last chance to do so.

The RS:X men and women managed just one race each, with Pascual's win in the former category giving him a nine-point lead after 10 races.

Pascual leads Ignacio Berenguer of Mexico, who is in second place, and fellow American Geronimo Nores, who is third.

Nores, who has four wins to his credit in the last six races, was second to Pascual today.

Japan's Megumi Komine won her third race of the women's RS:X regatta in Race 10 and is now in second place behind fleet leader DemitaVega de Lille of Mexico by three points.

Farrah Hall of the United States is in third place and five points back.

Another home sailor registered success today, as Caleb Paine won his fourth race of the regatta in Race 7 of the finn class.

He then placed third in Race 8 and now leads by 17 points over fellow American Luke Muller and Oisin McClelland of Ireland.

Hugh Macrae of Canada won the only laser race of the day and has placed in the top two of the last couple races of the regatta.

There was no racing today in the laser radial class, which gave Aruba's two-time Olympian Philipine van Aanholt a chance to reflect on how she is faring in her return to the sport after an extended absence.

Van Aanholt and several other sailors representing North American and Caribbean nations are also trying to qualify for Tokyo 2020.

"I came in really late for this campaign," she said.

"I sailed the Rio and London Games, but I haven't been full-time sailing in a really long time.

"I do have a full-time job, which is why I came early to prepare.

"I have had to focus on myself, but of course you look at the competition and it's tough.

"There are a lot of girls going for that one spot."

As it stands, Elena Oetling is poised to take the single North American spot, with van Aanholt 17 points off.

However, with today's laser radial racing postponed, three races will be sailed on day five, offering plenty of possibilities.

The men's and women's 470 fleets attempted to sail, but the fickle and shifting wind made things tricky for the Race Committee team so no racing was possible.

Heading into Friday's action, Mat Belcher and Will Ryan of Australia head the men's 470 fleet, while France's Camille Lecointre and Aloise Retornaz are in control in the women's 470.

An additional race is scheduled for the 470s, laser radial and laser tomorrow with an earlier start time of 10:30.

The event is the second World Cup of the season, with action continuing through to the medal races on Saturday.