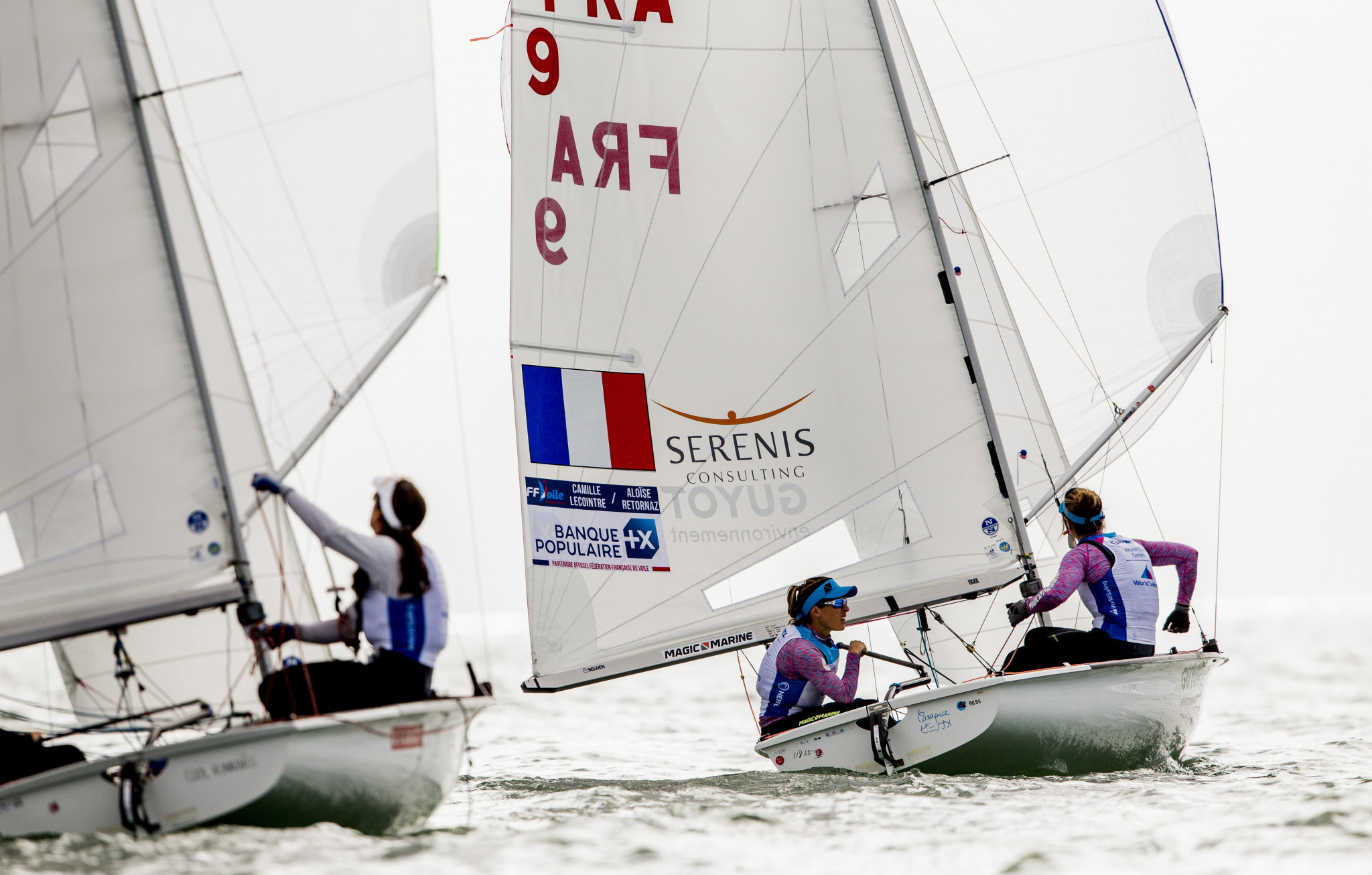 The pair claimed two race victories from two in Florida to place themselves at the top of the standings.

They are tipped to do well at this year's Olympics after winning the Tokyo 2020 test event last year, as well as the World Cup held on the same course.

North American sailors who have not yet qualified for Tokyo 2020 have their final chance in Miami, across the 470, RS:X, laser, laser radial and finn classes.

Hosts United States are the only country in the running in the women's 470, with events in Miami doubling as American national qualifiers.

Atlantic Brugman Cabot and Nora Brugman are in pole position after day one, in fifth place.

Sweden's Anton Dahlberg and Fredrik Bergström lead the way in the men's 470 after day one, after finishing third and second.

Australia's Olympic silver medallists Mat Belcher and Will Ryan ended the first day in 11th, while Mexico's Hector and Jeronimo Guzman lead the North American race for Tokyo 2020 in 20th.

American Pedro Pascual leads the men's RS:X fleet on home water after two victories and a third place, putting him in a strong position in his national qualifier.

With the US having already secured its Olympic windsurfing spot, Mexico's five-time Olympian David Mier Y Teran is well poised in the North American race in second.

Mariana Aguilar of Mexico leads the women's RS:X after a race victory and second and third place finishes.

Canada are the only North American country in the fleet not to have yet qualified for Tokyo 2020, so only need Olivia Mew or Nikola Girke to finish the event to secure their place.

In the men's finn, American Caleb Paine won both of his races to lead, with Bermuda's Rockal Evans in front in the North American race in eighth position.

Spanish sailor Joaquin Blanco won two races to lead the men's laser class, with Trinidad and Tobago's Andrew Lewis making a good start in his bid to earn his country a Tokyo 2020 spot by finishing second.

Competition at the World Cup runs through to the medal races on Saturday (January 25).