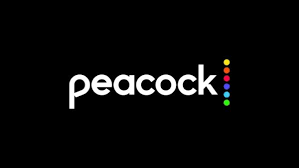 Peacock, the new over-the-top streaming service of NBCUniversal (NBCU), will provide extensive coverage of this year’s Olympic Games in Tokyo, it has been announced.

Due to launch on April 15, Peacock is due to be rolled out nationwide in the United States on July 15, nine days before Tokyo 2020 begins.

As reported by Front Office Sports, it will feature five hours of daily live coverage from the Olympics, plus three dedicated studio shows - Tokyo Live, Tokyo Daily Digest, and Tokyo Tonight - streaming only on the service that will provide highlights and analysis to viewers for free.

Both the Opening and Closing Ceremonies at the New National Stadium will also be exclusively live streamed on Peacock, hours before they air on NBC in prime time.

More original programming, in the form of documentaries around past Olympics and Tokyo 2020, will also become available after the launch.

These include an inside look at the US men’s basketball team’s road to Tokyo 2020 and a film revisiting the American 4x100 metres freestyle relay swimming team's win over France at Beijing 2008 – a team led by the most successful and most decorated Olympian of all time, Michael Phelps.

"By delivering timely and topical content like breaking news, live sports, and watercooler moments from late-night, Peacock is uniquely bringing a pulse to the world of streaming that does not exist in today’s marketplace," Matt Strauss, chairman of Peacock and NBCU digital enterprises, said in a statement.

According to CNBC, the company had enjoyed "double digit" growth from the same stage in the build-up to Rio 2016.

A total of $1.2 billion (£923 million/€1.1 billion) was reportedly achieved in national advertising sales for Rio 2016 by NBCU, with the company expected to surpass the figure for Tokyo 2020.

Rio 2016 generated a record level of ad sales for an Olympics, by a figure of 20 per cent.

More than half of NBCU’s advertisers for Tokyo 2020 are claimed to be new to the Summer Olympics.

The Tokyo time zone is considered more favourable for NBC, as morning events will air live in US prime time.