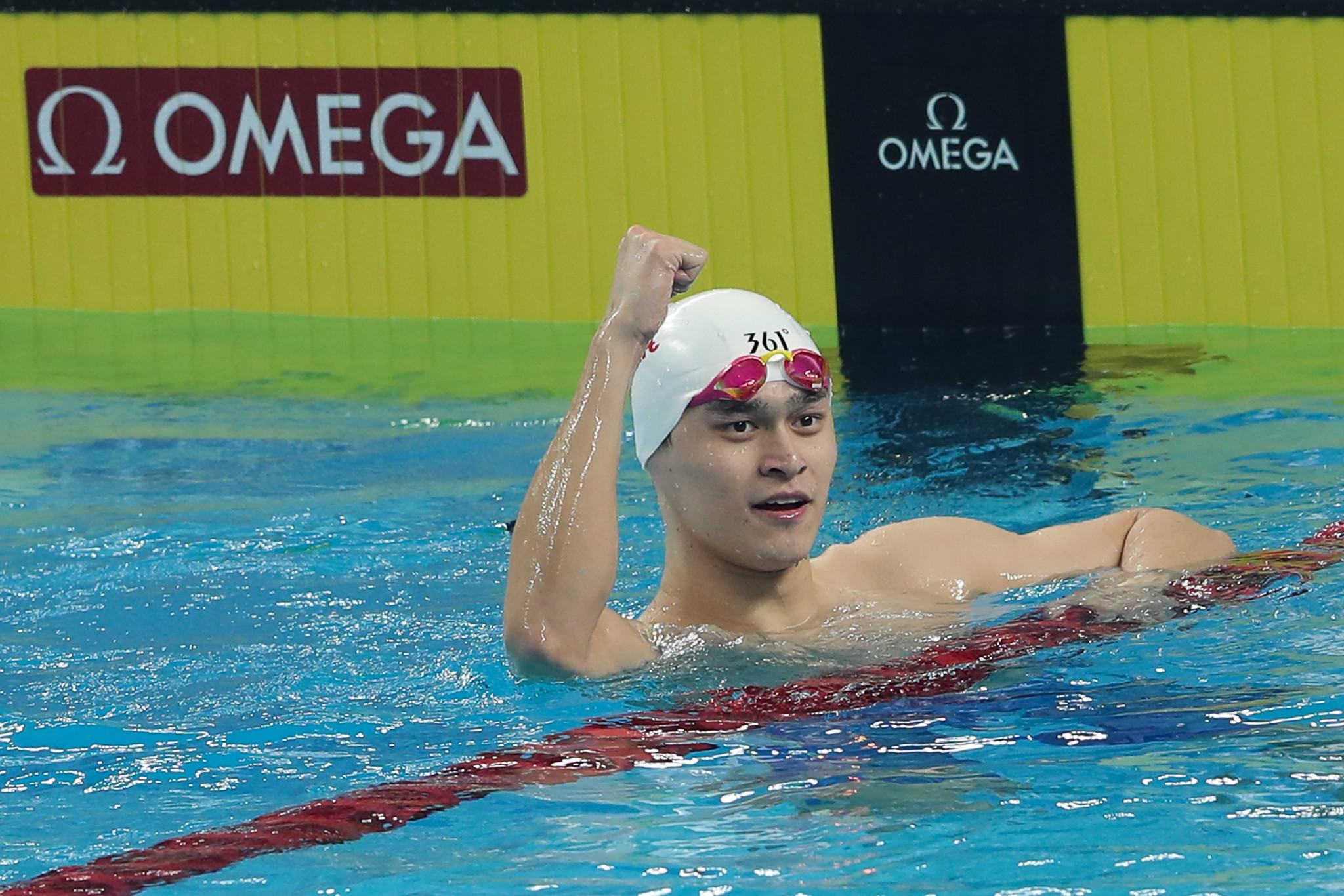 Yang, double Olympic champion at the London 2012 Olympic Games, took the world title at this discipline in Gwangju last year after the Lithuanian, who won 400m freestyle gold, had been disqualified after finishing first.

In the opening leg of FINA's 2020 competition at Shenzen earlier this week, Rapšys earned a narrow 200m freestyle win over his Chinese competitor, but at the Ying Dong Swimming Natatorium - in a competition that concludes this year's Series - he reversed that result, finishing in 1min 45.55sec, with Danas clocking 1:45.74.

Sun Yang, who won 200m freestyle gold at the Rio Olympics, recently targeted a fourth Olympic title in Tokyo this year, although he is still awaiting the result from a doping case which could cost him his career.

Sun is facing up to an eight-year ban after one of his entourage smashed his blood vial with a hammer during an attempted drugs test through the night of September 4 to 5 last year.

He denies wrongdoing and blamed a lack of credentials possessed by doping control officers for the row which led to a security guard destroying the vial.

The World Anti-Doping Agency (WADA) dispute this and insist the credentials of the doping control officials were in order.

A public Court of Arbitration for Sport (CAS) hearing - the first for 20 years - was held in November after WADA challenged a decision from FINA to let the three-time Olympic swimming champion off with a warning.

Its verdict has been delayed until at least mid-January at the earliest, however, because of translation issues during his hearing.

Kattinka Hosszú of Hungary was another Olympic champion who improved on her Shenzen performance, where she was beaten by China's Liu Yaxin in the women's 200m backstroke.

But the Hungarian couldn't raise herself for a second victory in the 100m butterfly, finishing fourth in a race won in 58.09 by Italy's Elena di Liddo.

"It was easier this time because we don't have jet lag any more," said di Liddo.

"I am having a great time.

"I hope I can compete here next year."

Another 15 events will take place in Beijing tomorrow.

The FINA Champions Swim Series, which had its first running last year, includes a two-day schedule for each leg, with 14 individual and one relay race per session.

Following on from last year's formula, no heats are held, with the four invited swimmers directly contesting the respective finals.

FINA's creation of the Champions Swim Series was seen as a direct response to the rival International Swimming League (ISL), whose inaugural edition took place from October to December 2019.

Top stars had complained about a lack of high-quality competitions and prize money, two factors the ISL is addressing.

A legal battle saw FINA reportedly ban athletes from competing at an ISL meet, which was viewed as a rival to its existing World Cup circuit.

This led to ISL organisers and swimmers taking legal action against FINA, with the threat being withdrawn by the governing body.