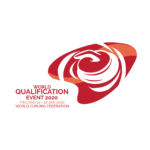 South Korea and Italy have both qualified for the playoffs of the women's event at the World Curling Federation World Qualification Event in Lohja.

The South Koreans extended their winning start to six matches at the Kisakallio Sports Institute, starting the day by beating Estonia 7-2 before defeating Mexico 15-1.

Italy, meanwhile, followed up an 8-6 win over hosts Finland by overcoming Norway 10-5 to move onto a record of five victories and one loss.

Occupying joint third place on four wins and two losses are Norway and Turkey, who won their two matches today.

Today's two other matches in the women's event saw Australia overcome Mexico 14-4 before losing 9-2 to Estonia.

In the men's event, China and Russia now share top spot after picking up wins today to move onto records of four victories and one loss.

Japan are tied for third place with hosts Finland and Poland, both of whom lost today.

Finland were beaten 9-4 by previously winless England and Poland fell to a 9-8 defeat at the hands of Czech Republic.

Two women's and two men's teams will earn a spot at their respective World Championships in Lohja.