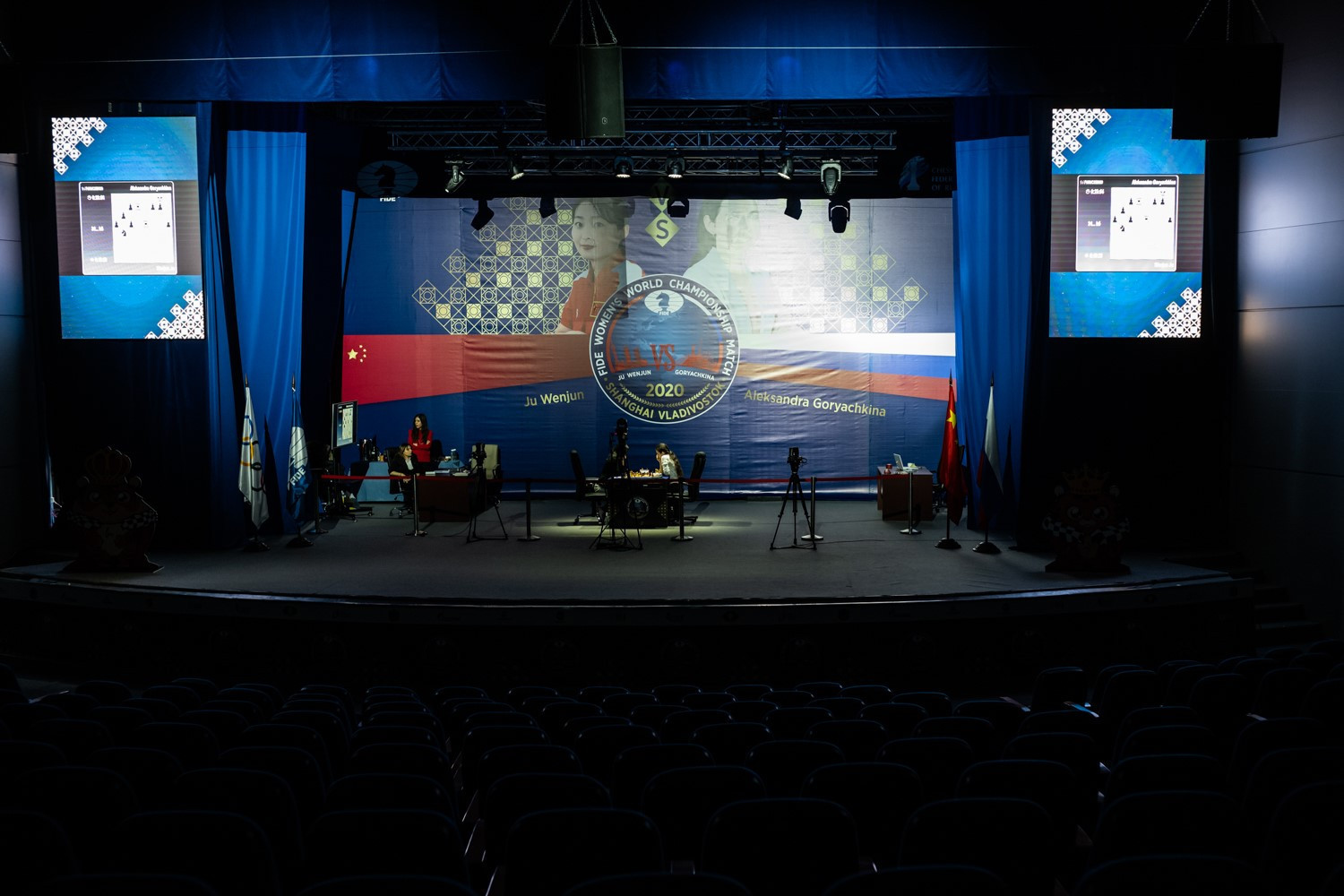 The Women's World Chess Championship remains all square, after resuming with a draw today in the second host city of Vladivostok.

China's defending champion Ju Wenjun and Russian challenger Aleksandra Goryachkina are now locked level at 3½-3½ after the latest result, the fifth draw out of the seven games played so far.

Ju had home advantage for the first six games in Shanghai, but must now negotiate the rest of the Championship on Goryachkina's turf.

Playing with the white pieces, the Chinese player was always comfortable today, but Goryachkina defended well to keep the pressure at bay.

A draw was declared after four hours of play, as the Championship returned following three days off.

Five games now remain in Vladivostok with the next contest tomorrow.

After the first three games were drawn in Shanghai, Ju forced the first victory in game four.

Goryachkina hit back with a victory of her own in game five.

The Russian only played with the normally more advantageous white pieces once during games four to seven, so will be pleased to have come out of that stretch on level terms.