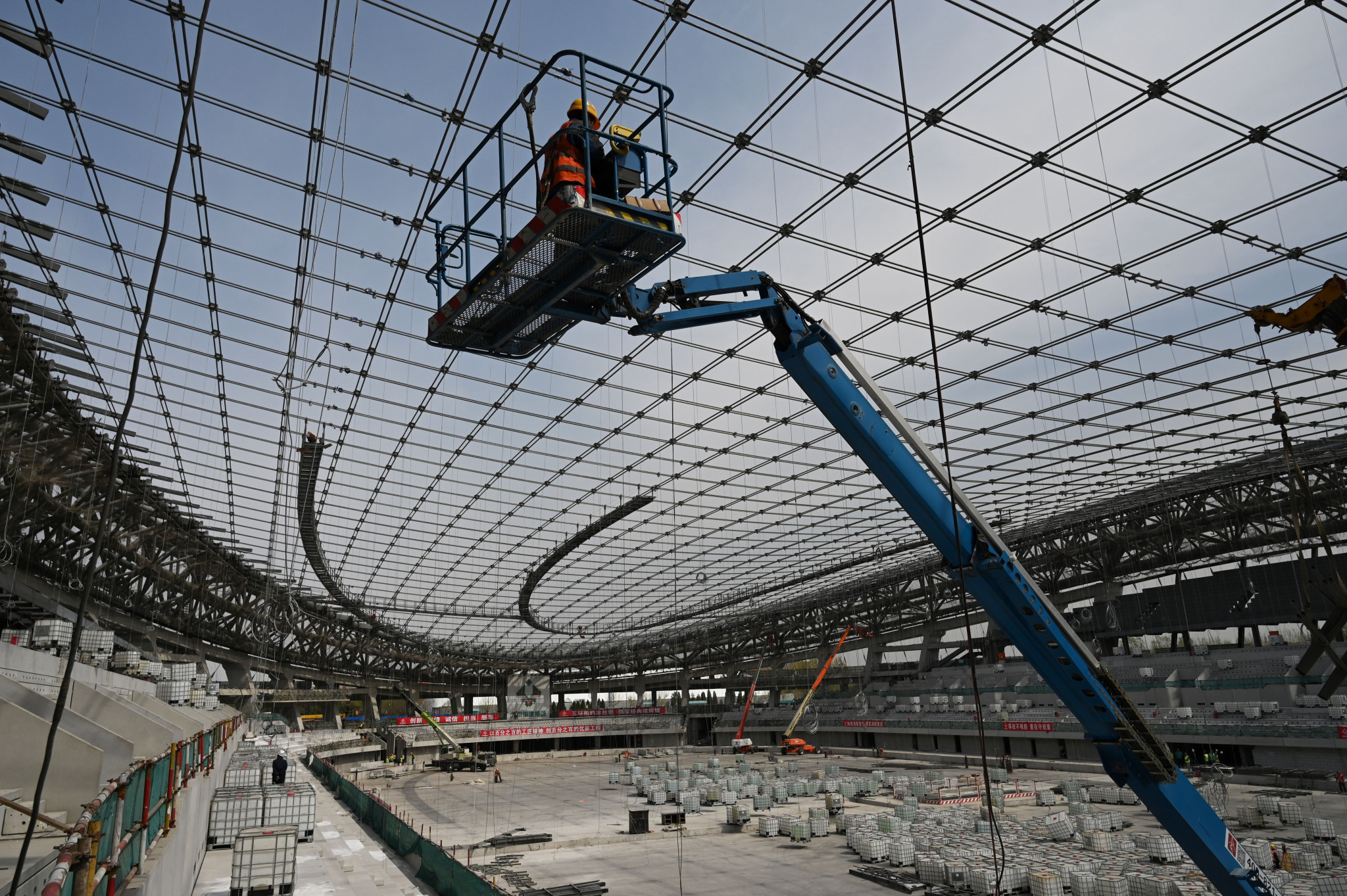 The Beijing 2022 Winter Olympic Games "Ice Ribbon" speed skating venue is due to host its first test events in June, after work on the main structure was completed.

Officially called the National Speed Skating Oval, it features an outer facade of more than 3,000 pieces of glass.

Its unique ribbon design is said to resemble the trails of skaters, with a number of tube-shaped lights adorning the walls.

Inside, the ice surface is 12,000 square metres, which makes it the largest speed skating venue in Asia.

State-of-the-art equipment will be stored inside, with sustainable and environmentally friendly practices encouraged.

This includes an "intelligent" ice-making system, accurately controlling temperature, thickness and stability of the surface.

At the same time, fans will be able to watch the action at a comfortable temperature.

Ding Jianming, deputy director of the Beijing Major Projects Construction Headquarters Office, said the Ice Ribbon could be compared to the Bird's Nest Stadium, the focal venue of the Beijing 2008 Summer Olympics.

Both venues feature elaborate designs, with the Bird's Nest known for the seemingly random steel columns which intertwine around the stadium's edges.

Organisers believe that every 2022 venue in the Beijing and Yanqing zones is progressing as scheduled.