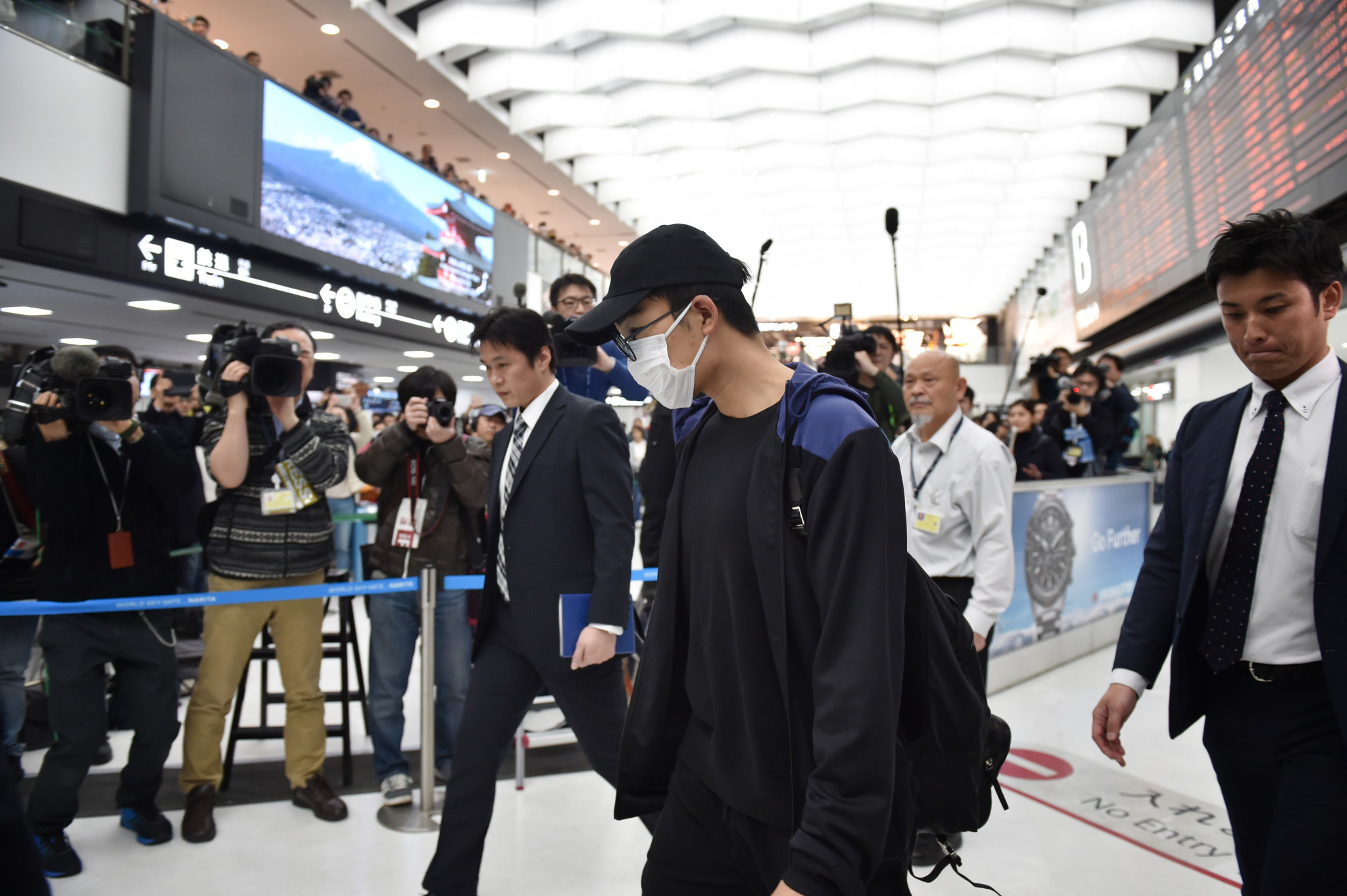 Japanese badminton star Kento Momota has returned home after being involved in a fatal traffic accident which killed his driver.

The 25-year-old world number one was travelling to Kuala Lumpur International Airport on Monday (January 13) after winning the Malaysia Masters tournament.

He suffered multiple laceration wounds to the face and a fractured nose when the van he was in collided with a truck.

N.Bavan, named as the van's driver, died at the scene, while three other passengers escaped serious injury.

Momota, who has won the last two World Championships, is a huge Japanese hope for gold at their home Tokyo 2020 Olympics this year.

He was taken to hospital in Malaysia and also interviewed by police before returning home.

A wound was visible between his eyebrows when he arrived at Tokyo's Nartia Airport.

"We're sorry for making everyone worry.

"We hope you keep him in your thoughts."

The Nippon Badminton Association said Momota could now return to action at the All England Open in Birmingham in March.

He will skip next month's Asian Team Championships in Manila.

Kyodo News reported that most of the passengers were asleep at the time of the crash.

Momota is hoping for Olympic redemption at Tokyo 2020.

He was banned from appearing at Rio 2016 after taking part in illegal gambling.