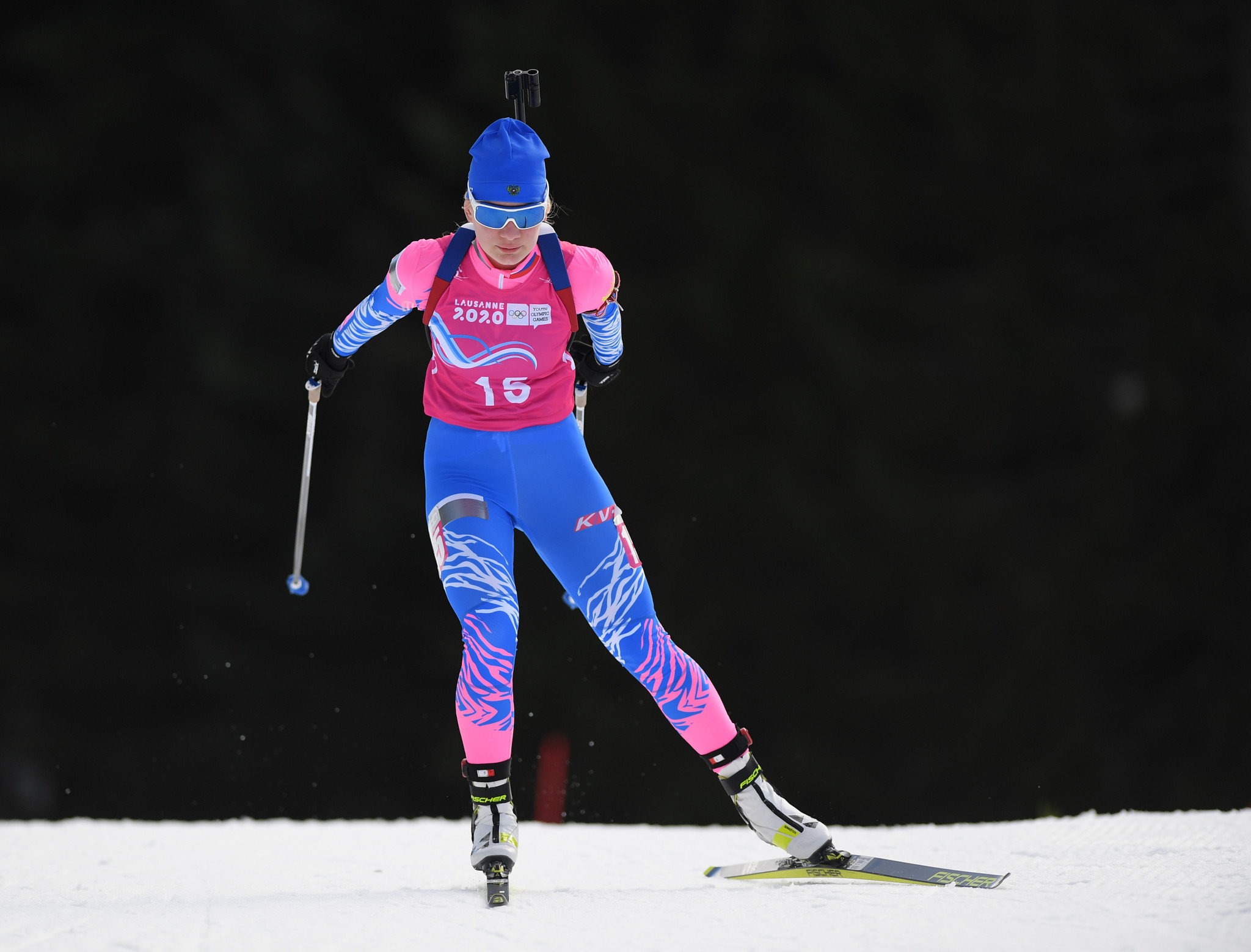 Alena Mokhova of Russia cemented her status as a rising star in biathlon, claiming her second gold medal of the Winter Youth Olympic Games at Les Tuffes Nordic Centre.

The 17-year-old edged out compatriot Anastasiia Zenova to add the women's six kilometres sprint title to the 10km crown she won earlier at Lausanne 2020.

Mokhova completed the course in a time of 18min 55.5sec, 1.9sec faster than Zenova in second place.

Anna Andexer of Austria did enough for bronze having clocked 19:01.60.

Mokhova said her individual performances made up for her disappointment in the single mixed relay, where she finished seventh alongside team mate Oleg Domichek.

"It was disappointing that we didn’t do well in the single mixed relay and yesterday I wondered if the same would happen during the sprint," she said.

"But I woke up today feeling better and became more relaxed.

"Everything went well, but during the last lap I felt really unwell.

"It felt like I was going to black out in the final metres, I was nauseous and had a headache after I finished."

Zawol outclassed the rest of the field, crossing the line in 19:23.80, 12.6 seconds quicker than nearest challenger Denis Irodov of Russia.

Biathon at the third Winter Youth Olympics concludes with the mixed relay tomorrow.