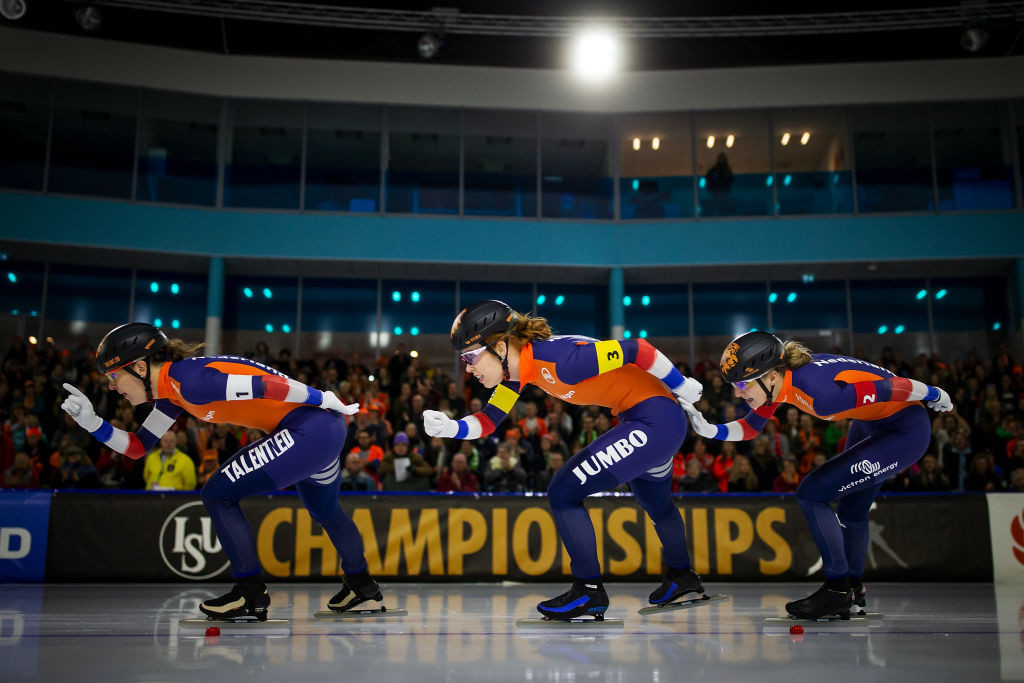 Home female athletes earned a clean sweep of gold medals on the final day of the International Skating Union European Speed Skating Championships in the Dutch city of Heerenveen.

In the men’s competition at Thialf, meanwhile, Belgium’s Bart Swings became the only non-Dutch or Russian skater to earn gold, which he did in the mass start race.

Jutta Leerdam then added the 1000 metres gold - her first major international title - before Irene Schouten rounded things off by winning the mass start event, with Wijfje bringing home the bronze in the same event.

De Jong rated her team pursuit medal lower than she would have done with an individual medal, but she still took the event very seriously.

"People may say it's a circus act, but this is a real event," she said.

"It's been there for a long time, it's on the Olympic programme every four years."

Russia's World Cup-winning trio of Elizaveta Kazelina, Yevgenia Lalenkova and Natalya Voronina took silver in a time of 2:59.04, with bronze going to Belarus in 3:05.47.

Leerdam, 21, who had had to sit out the previous two days as a precaution after suffering a groin injury, was rewarded for her patience as she produced a personal best of 1:13.67 in the 1000m

Her pair-mate, Russia’s Dana Kachanova, took silver in a personal best of 1:13.90, with bronze going to compatriot Yekaterina Shikhova in 1:14.48.

Schouten, who already has two world titles in the mass start to her name, added a European version thanks partly to team-mate Wijfje, who controlled the first half of the race before taking third place in 8:23.98.