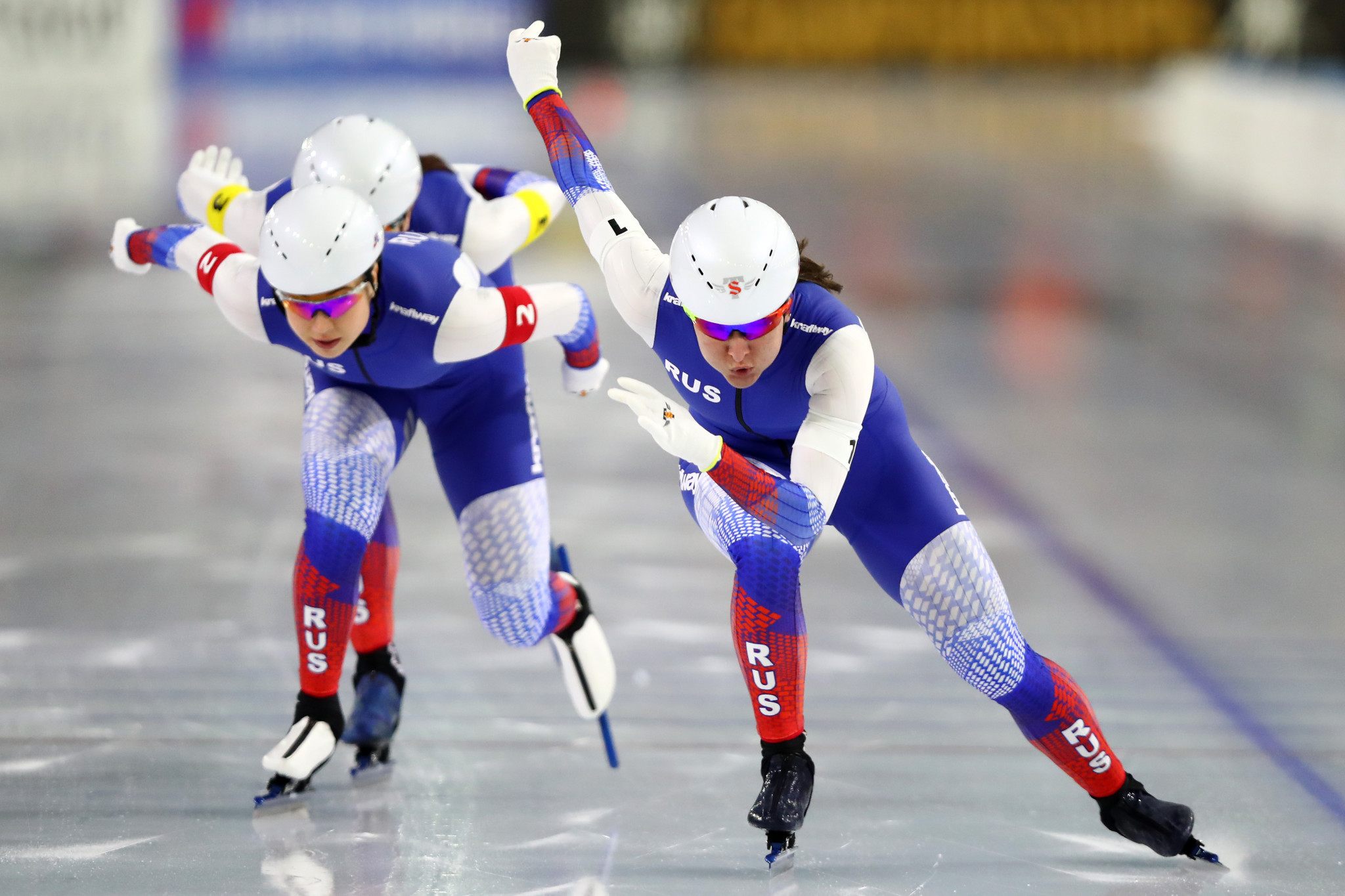 She crossed the line in 37.40sec, finishing in front of Austria's Vanessa Herzog in 37.49 and another Russian, Angelina Golikova, in 37.50.

Russia's second gold medal then came through Pavel Kulizhnikov in the men's 500m.

They also received silver through Sven Kramer in 6:10.76, with Denis Yukov of Russia claiming bronze in 6:12.26.

Esmee Visser secured a second Dutch gold, emerging victorious from the women's 3,000m with a time of 3:59.15.

She was followed by Natalia Voronina of Russia and Francesca Lollobrigida of Italy in 4:01.66, with Voronina taking the silver in the photo finish.