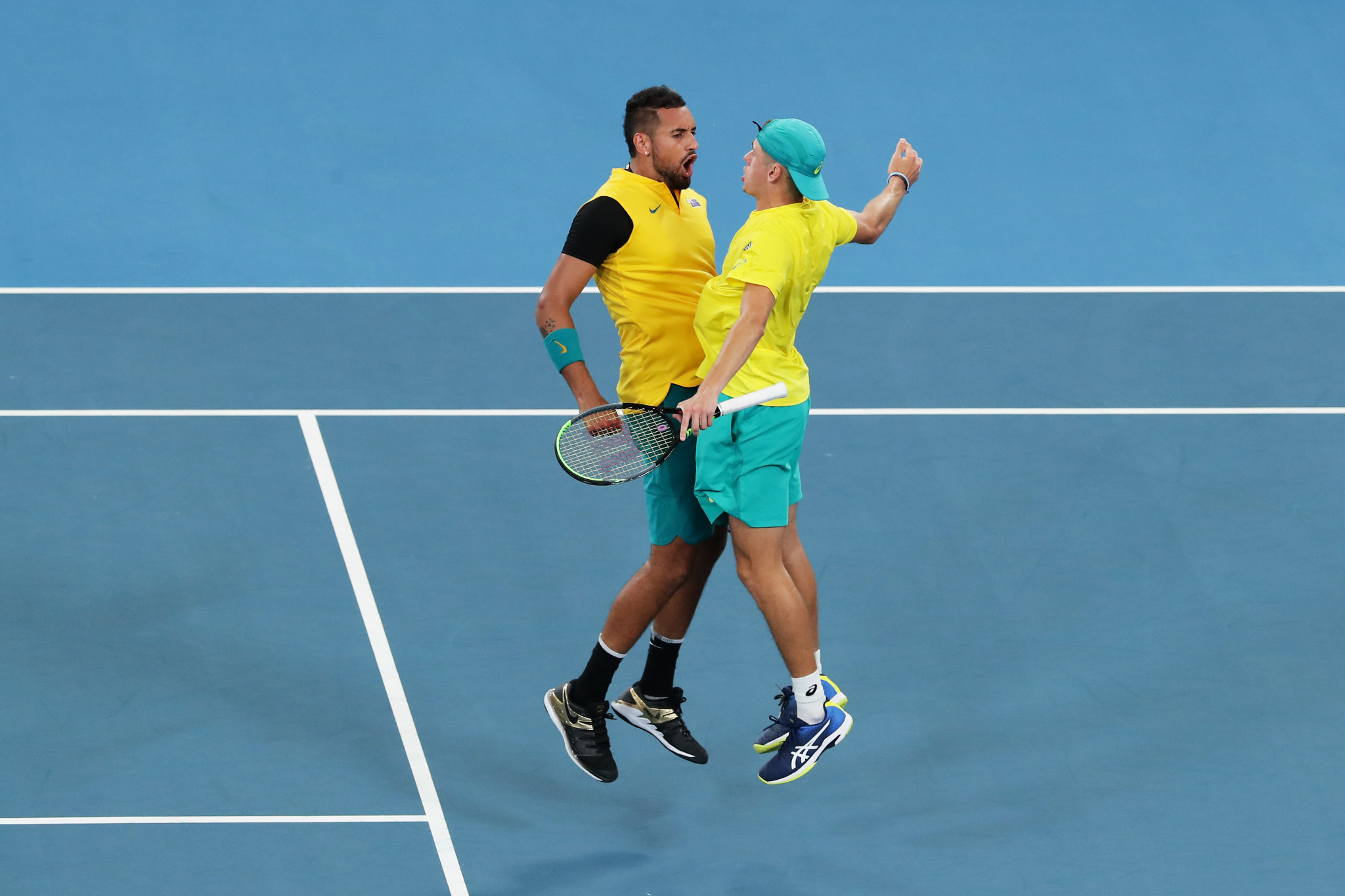 Amid high drama at the Ken Rosewall Arena, Britain's pair squandered four match points which would have sent them to the semi-finals at the hosts' expense.

Australia wasted four match points of their own before Salisbury missed a backhand return, although even then the celebrations were placed on hold.

Britain challenged the ruling, but it was confirmed out and Kyrgios and De Minaur collapsed on court in delight.

Kyrgios then carried his partner around the arena on his shoulders.

"It was unreal," Kyrgios said.

"The adrenaline has kind of worn off and I'm exhausted after that match - it was awesome.

"Today was probably one of the best moments in my career, definitely.

"Just making it through to the semi-final, the first-ever ATP Cup in that type of fashion, was pretty special

"We genuinely care for each other, and [our team mates] were genuinely just so ecstatic to get through."

The singles matches were shared, with Kyrgios putting the hosts in command after beating Cameron Norrie 6-2, 6-2.

It could have been different, but Murray fluffed an easy backhand on Britain's second match point.

Russia had an easier time of it in today's other quarter-final, rolling past Argentina 3-0.

In the doubles, Teymuraz Gabashvili and Konstantin Kravchuk saw off Máximo González and Andrés Molteni 7-6, 6-4.

"We did our job," Medvedev said.

"All the matches were won in singles, which is amazing, and I think only Spain did the same so far.

"Hopefully we can go all the way, but I'm really happy with the way ATP Cup is going for Team Russia."

Tomorrow's remaining quarter-finals will see Spain face Belgium for the right to meet Australia, with Serbia taking on Canada to book a clash with Russia.

The inaugural men's team tournament is viewed as a rival to the revamped Davis Cup, held for the first time as one 18-team competition in November.