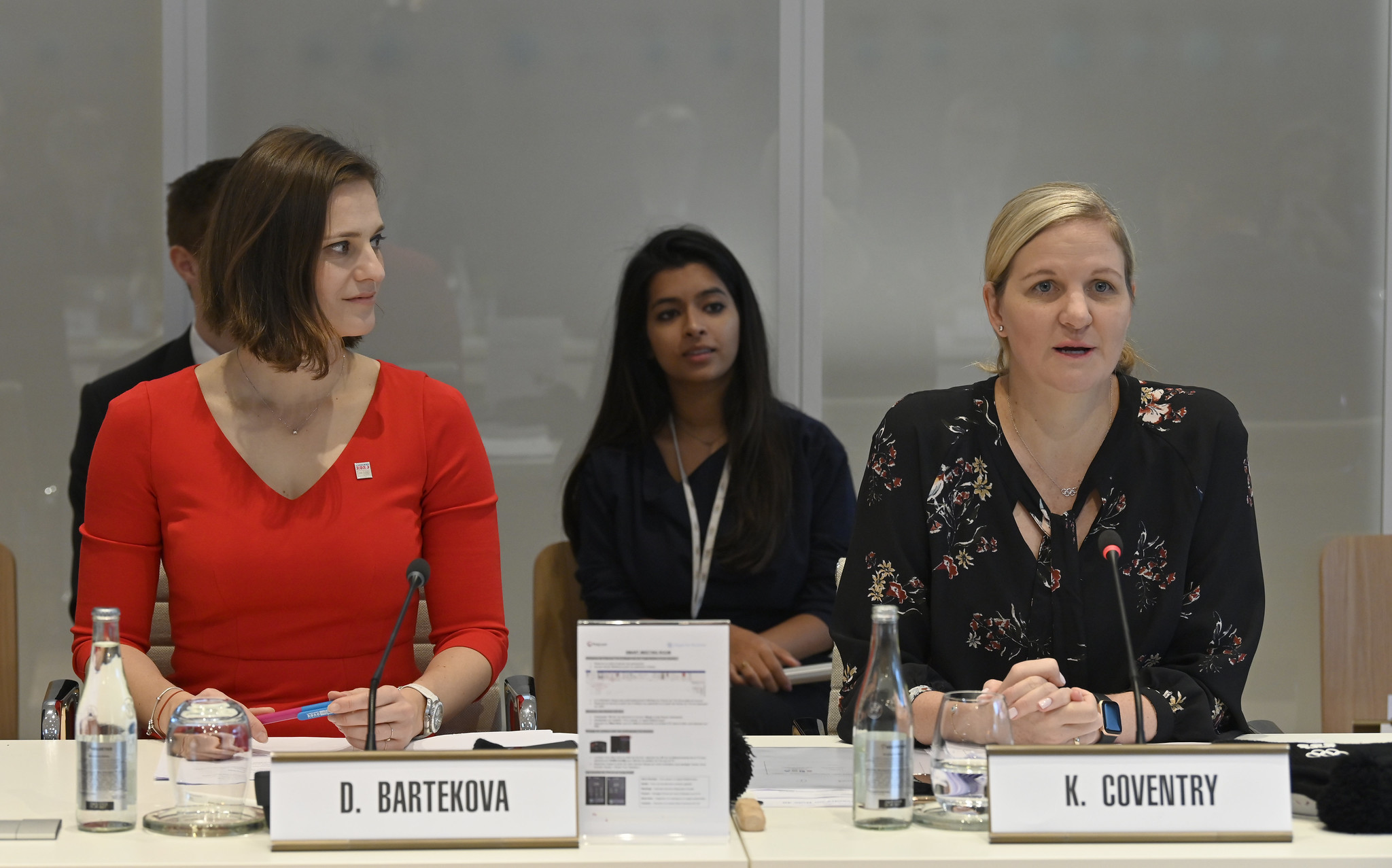 Athletes who protest at Tokyo 2020 have been threatened with possible disciplinary action under Rule 50 guidelines developed by the International Olympic Committee (IOC) Athletes' Commission.

It is the first time the IOC Athletes' Commission has established specific guidelines on Rule 50 - which states that "No kind of demonstration or political, religious or racial propaganda is permitted in any Olympic sites, venues or other areas" - for competitors at the Olympic Games.

The document, published following a joint meeting of the IOC Executive Board and the Athletes' Commission, prohibits protests and demonstrations at "all Olympic venues", including medal ceremonies, the field of play and the Olympic Village.

The rules come in response to protests from athletes at major sports events last year, including the Pan American Games in Lima and the World Aquatics Championships in Gwangju.

"If an athlete or participant is in breach of Rule 50 and the Olympic Charter, each incident will be evaluated by their respective National Olympic Committee, International Federation and the IOC, and disciplinary action will be taken on a case-by-case basis as necessary," the guidelines state.

The guidelines from the IOC Athletes' Commission define a protest as "displaying any political messaging, including signs or armbands", "gestures of a political nature, like a hand gesture or kneeling" and "refusal to follow the Ceremonies protocol".

According to the document, demonstrations at Olympic venues "destroy" the "dignity" of the competition or the ceremony where it takes place.

"When an individual makes their grievances, however legitimate, more important than the feelings of their competitors and the competition itself, the unity and harmony, as well as the celebration of sport and human accomplishment, are diminished," it adds.

The IOC Athletes' Commission has attempted to differentiate between protests and "expressing views".

It claims athletes are able to express their views on social media, during press conferences and interviews and at team meetings.

Outgoing IOC Athletes' Commission chairperson Kirsty Coventry, whose term ends at the conclusion of Tokyo 2020, said the guidelines were there to provide "clarity" to competitors.

"We have had lots of consultations with athletes and feedback has been very consistent," Coventry said.

"The majority of athletes feel it is very important that we respect each other as athletes, but we needed clarity, and they wanted clarity, on the rules so that is what these guidelines do."

IOC President Thomas Bach had earlier warned athletes against protesting in any form at Tokyo 2020.

There were two protests in the space of 24 hours by American athletes at the 2019 Pan American Games, while Australia's Mack Horton and Britain's Duncan Scott refused to share the podium with China's Sun Yang during the World Aquatics Championships.

Fencer Race Imboden, an Olympic bronze medallist, knelt during the American national anthem at Lima 2019 and called for change in the United States, citing racism, gun control, mistreatment of immigrants and opposition to President Donald Trump.

Hammer thrower Gwen Berry later staged her own protest, raising her right fist at the conclusion of her medal ceremony.

Horton and Scott protested against Sun's appearance at the World Aquatics Championships because of his doping record.

The Chinese three-time Olympic champion served a three-month drugs ban in 2014 and is facing up to an eight-year suspension after one of his entourage was found to have smashed his blood vial during a row with testers in September 2018.

Ethiopian's Feyisa Lilesa made an anti-Government gesture when crossing the line at the end of the marathon at Rio 2016.

Lilesa, who won silver at the Games in the Brazilian city, crossed his arms in a gesture used to oppose the Government's police crackdowns on protests in his home region of Oromo.