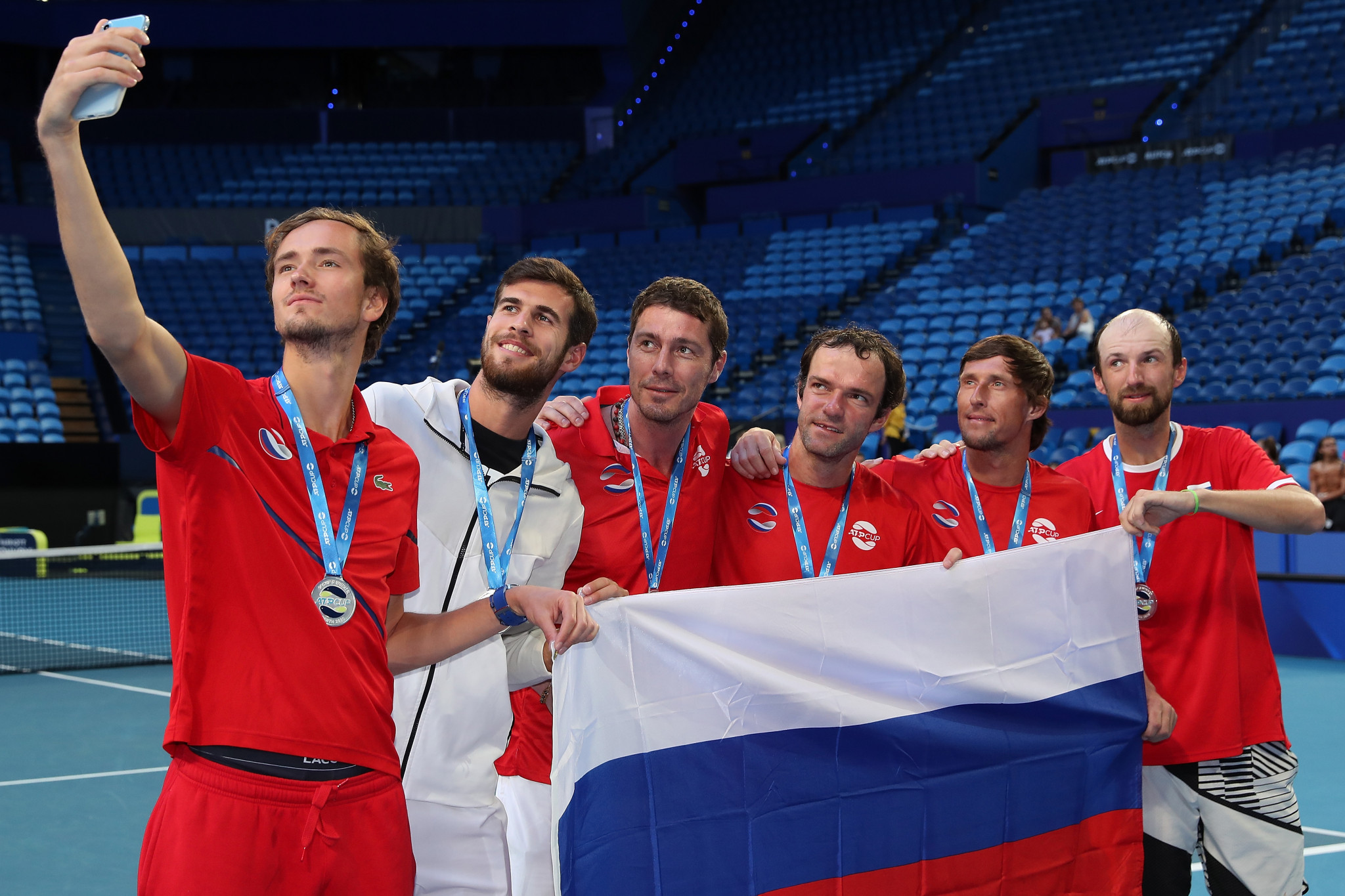 Russia and Great Britain went through to the quarter-finals as group winners, as action continued today at the Association of Tennis Professionals (ATP) Cup in Australia.

The Russians ended Group D at Perth Arena with a 100 per cent record, having brushed aside Norway 3-0.

Karen Khachanov opened up with a 6-2, 6-1 win against Viktor Durasovic and Daniil Medvedev settled the contest by beating Casper Ruud 6-3, 7-6.

In the doubles, Russia completed the clean sweep as Teymuraz Gabashvili and Konstantin Kravchuk beat Durasovic and Ruud 7-6, 6-4.

They now move onto the last eight of the inaugural men's team competition in Sydney.

"I think it was important for the guys to win as many matches as they can, so they are coming [to Sydney] with full confidence after playing a lot of matches," said Russia captain Marat Safin.

"It's the beginning of the year, [but] I think the guys are ready.

"They are pumped enough to do well in the final stage.

The six group winners and the best two runners-up will qualify for the quarter-finals.

Italy ended second in Group D with a record of two victories and one defeat after their 3-0 win over United States, but cannot go through behind the Russians because of their matches and sets won record.

Britain went through as Group C winners after they ended in a three-way tie with Belgium and Bulgaria on two wins and one loss.

They backed up their win over Belgium yesterday by easing past Moldova 3-0 at Sydney's Ken Rosewall Arena, with Cameron Norrie beating Alexander Cozbinov 6-2, 6-2 and Dan Evans winning by the same score against Radu Albot.

Jamie Murray and Joe Salisbury then defeated the two Moldovan singles players 6-2, 6-3 in the doubles.

Bulgaria, who beat Britain in their opening match, would have gone through with a 100 per cent record had they seen off Belgium, but were beaten 2-1 and have exited the competition.

Dimitar Kuzmanov thrashed Belgium's Steve Darcis 6-0, 6-3 to put his country on the brink of the last eight, but David Goffin defeated Grigor Dimitrov 4-6, 6-4, 6-2 to level things up.

Sander Gillé and Joran Vliegen then beat Dimitrov and Alexandar Lazarov 3-6, 6-4, 10-7 to settle the tie.

Britain have won the group on number of sets, while Belgium could still advance as a runner-up.

In Group E at Brisbane's Pat Rafter Arena, Australia beat Greece 3-0 and end the group stage having not dropped a match.

Canada ended as runners-up and could still go through after their 2-1 win over Germany.

They came from behind as Jan-Lennard Struff put the Germans in front with a 6-1, 6-4 win over Félix Auger-Aliassime.

Denis Shapovalov beat Alexander Zverev 6-2, 6-2, however, and the two Canadian singles players saw off Kevin Krawietz and Andreas Mies 6-3, 7-6 in the doubles.

Groups A, B and E will conclude tomorrow and finalise the quarter-final line-up.