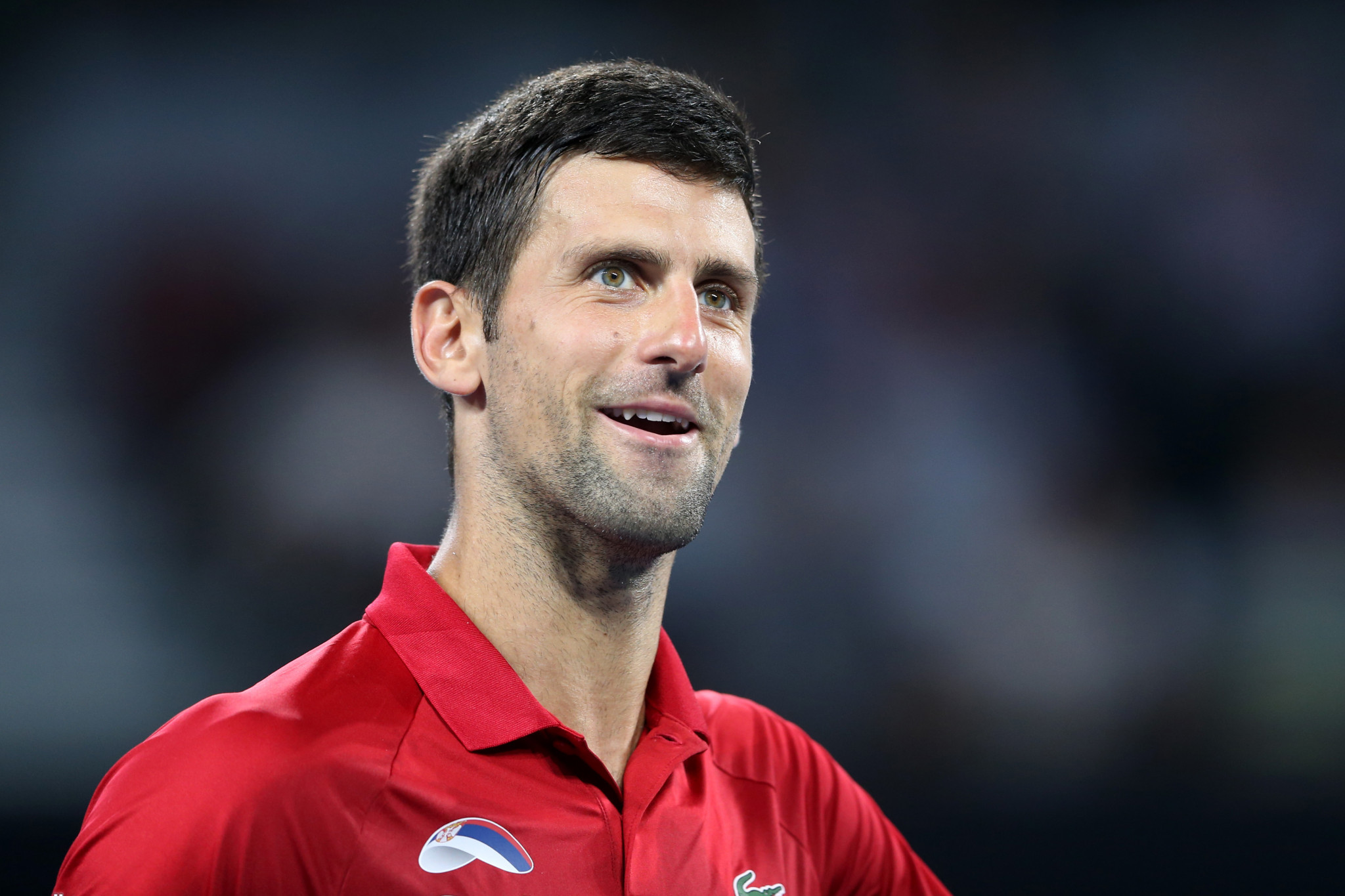 Novak Djokovic starred as Serbia booked their place in the quarter-finals of the Association of Tennis Professionals (ATP) Cup in Australia.

The world number two, a 16-time Grand Slam champion, played a part in both of his country's points as they saw off France 2-1 in Group B.

He stepped onto court at Brisbane's Pat Rafter Arena with his team trailing as France's Benoit Paire beat Dušan Lajović 6-2, 6-7, 6-4 to win the opening rubber.

Djokovic eased past Gaël Monfils 6-2, 6-3 and then teamed up to win an exciting doubles with Viktor Troicki.

The match went the distance with the Serbian pair triumphing 6-3, 6-7, 10-3 against Nicolas Mahut and Édouard Roger-Vasselin.

"I really show my emotion because I really care about playing for Serbia, but I also care about being on the team with my friends," Djokovic said.

"These guys are some of my best friends in my life and I grew up with Viktor.

"We played so many doubles matches together in junior days."

Serbia can now not be caught at the top of the group after their opening 3-0 win over South Africa and are the second team to progress after hosts Australia did so yesterday.

The South Africans recovered today with a 3-0 win over Chile, which eliminated the South Americans after they lost their first match 2-1 to France.

Lloyd Harris began with a 6-4, 6-4 win over Nicolás Jarry and Kevin Anderson settled the match with a 6-0, 6-3 win over Cristian Garín.

In Group C, world number one Rafael Nadal helped Spain to a second victory from as many games as they rolled past Uruguay 3-0 at Perth Arena.

Spain are not yet through as Japan beat Georgia 2-1 to also record a second victory.

Go Soeda came from behind to win the opening singles clash 4-6, 6-3, 6-2 against Aleksandre Metreveli, and Yoshihito Nishioka settled things for Japan with a 6-2, 6-3 success against Nikoloz Basilashvili.

Georgia got on the board thanks to Aleksandre Bakshi and Zura Tkemaladze's 6-2, 6-4 win over Toshihide Matsui and Ben McLachlan in the doubles.

The final group match between Spain and Japan will now decide who tops the pile, with Uruguay and Georgia both out.

Marin Čilić got them off and running with a 7-6, 6-4 win over Kacper Żuk but Hubert Hurkacz sent it to the doubles after beating Borna Ćorić 6-2, 6-2.

Croatia eased to the line as Ivan Dodig and Nikola Mektić won 6-2, 6-1 against Hurkacz and Łukasz Kubot, with Poland now out after two defeats.

Austria recovered from their opening 3-0 defeat to Croatia by beating Argentina by the same scoreline.

Oliver Marach and Jürgen Melzer sealed the whitewash by winning the doubles 6-1, 6-4 against Máximo González and Andrés Molteni.

It means Austria have moved level with Argentina who beat Poland 2-1 in their first outing.