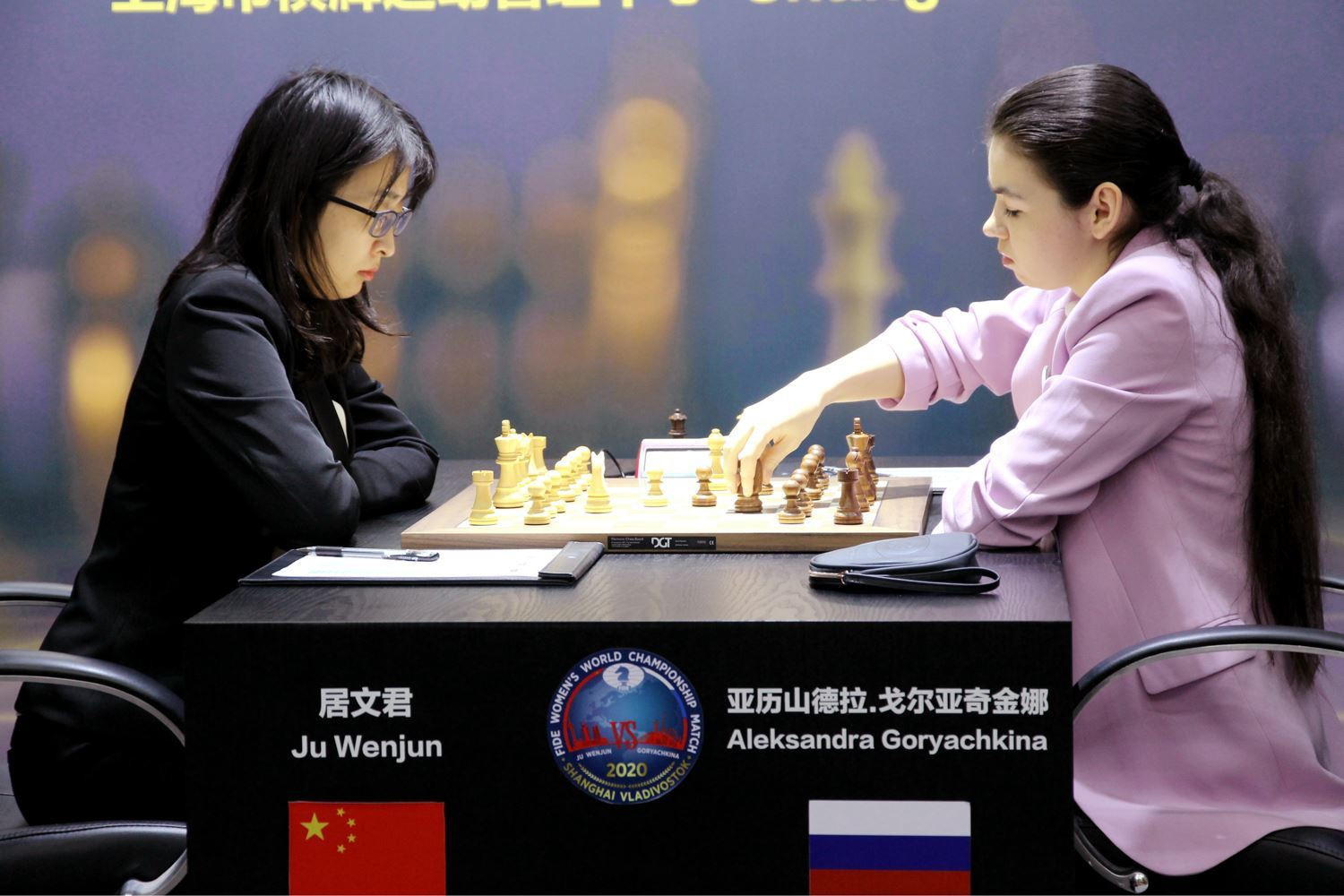 The second game in the 2020 Women's World Chess Championship has ended in a second draw in Shanghai.

It means China's defending champion Ju Wenjun and Russian challenger Aleksandra Goryachkina are locked level at 1-1 after collecting half a point each.

Both players agreed to a draw after 40 moves, a much shorter game than yesterday's tussle which was a marathon 97-move affair.

Ju, playing with the white pieces, had the opportunity to go on the attack when Goryachkina appeared to go astray, but opted not to do so in a contest which saw both players go for simpler, safer choices.

Four more games are due to take place at the Shanghai Chess Center until January 12, after tomorrow's first rest day.

The second-half of the Championship – the remaining six rounds – are due to be played in Russia's Pacific port city Vladivostok at the Far Eastern Federal University from January 16 to 23.

A tie-break, if needed, and the Closing Ceremony are scheduled to be held in Vladivostok on January 24.

The Women's World Championship has returned to a series of games between two players, as with the men's event.

Ju first won the title over 10 games against compatriot Tan Zhongyi in May 2018, but had to defend her crown in a 64-player tournament in Khanty-Mansiysk in Russia in November of that year.

She successfully did so, with Goryachkina coming through last year's Candidates Tournament to earn the right to face her.