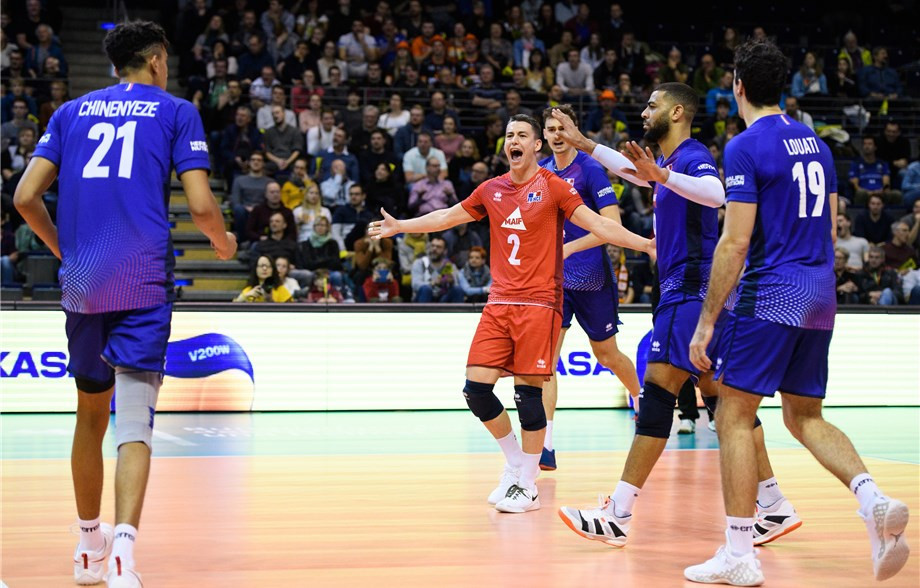 Eight teams will be involved in the European qualifier at the Max-Schmeling-Halle, with one Tokyo 2020 place on offer for the winner who emerges on Friday (January 10).

"We had a lot of problems before the tournament.

"Our guys made an extraordinary good game, especially Jean Patry in the opposite position.

"I am really happy about the start and hope that we can continue to compete on this level."

For sure that was not the result that we wanted, or what we expected," he said.

"But France today was better, we can’t say anything different."

In the two other matches today, both in Pool A, third seeds Belgium were beaten 23-25, 26-28, 20-25 by fourth-seeded Slovenia, the European silver medallists.

"I am really happy with our performance," Slovenia’s coach Alberto Giuliani said.

"The first match is always not an easy one but it was quite a good start."

The Netherlands and Bulgaria are due to have their first qualifying matches tomorrow as they face Serbia and France respectively.

The top two teams in each group at the conclusion of the round-robin stage will secure a spot in the semi-finals.

The European event is one of 10 Tokyo 2020 continental qualifiers for men and women getting underway in the course of the next week under the overall auspices of the International Volleyball Federation.

Also getting underway today was the African women’s event.

Cameroon, bidding for their second consecutive Olympic appearance after finishing 11th at Rio 2016, hosts the women's African qualifier until Thursday (January 9) in Yaoundé.

Kenya, who appealed unsuccessfully against the decision to award the competition to Cameroon, Egypt, Botswana and Nigeria are also competing.

Nigeria are scheduled to have a first match tomorrow, against Cameroon.