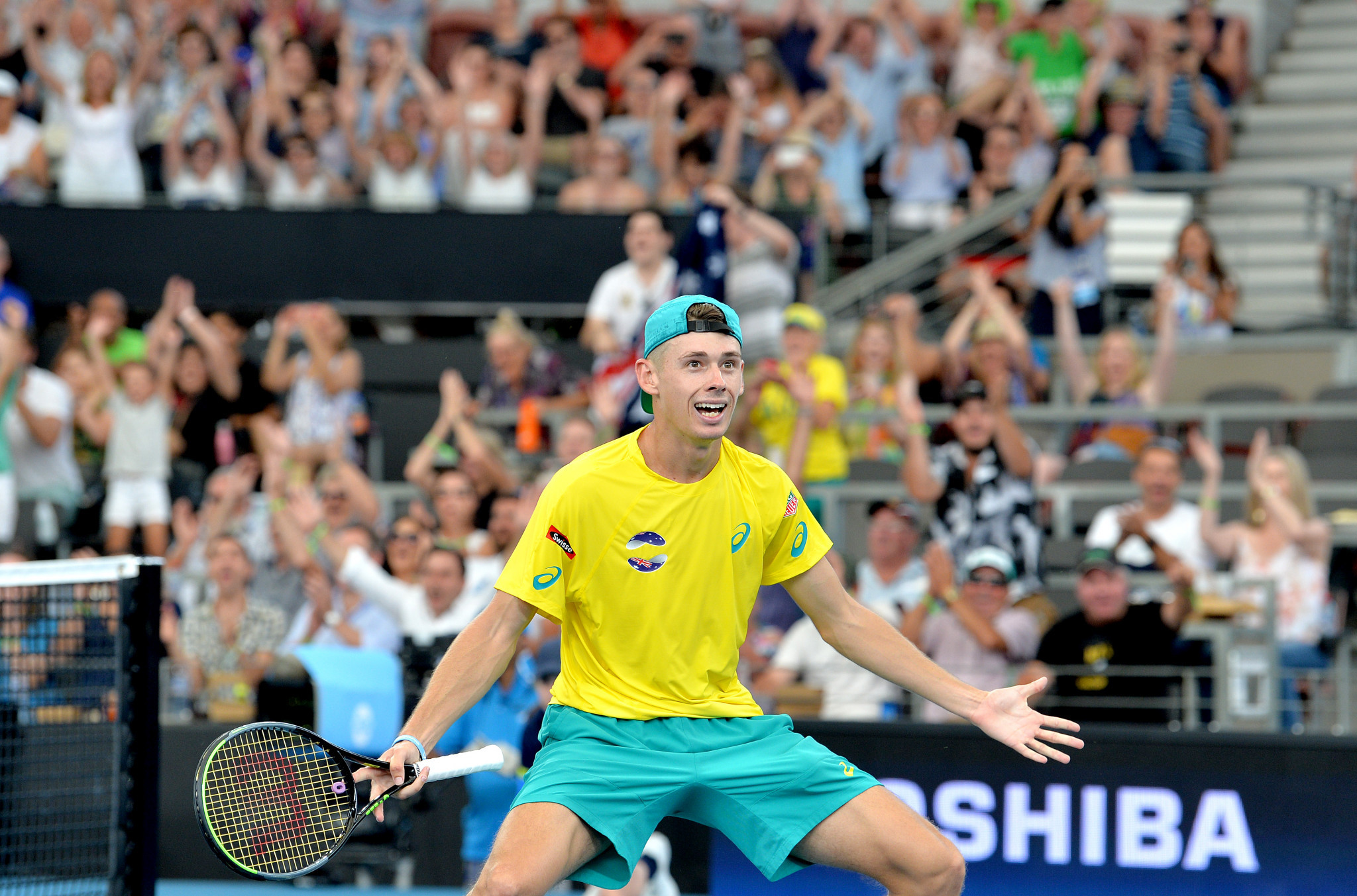 Hosts Australia became the first team to qualify for the quarter-finals at the inaugural Association of Tennis Professionals (ATP) Cup as they made it two victories from two in Brisbane.

They saw off Canada 3-0 in the new men's team event and cannot be caught at the top of Group F after Germany's 2-1 win over Greece.

John Millman registered the first point for the home team after being called into the line-up late in place of Nick Kyrgios, who is suffering from back pain.

He brushed aside Canada's Félix Auger-Aliassime 6-4, 6-2 with his win at the Pat Rafter Arena particularly sweet as it came in his home town.

Australia then made the best-of-three match safe when Alex de Minaur, who claimed a superb win over world number seven Alexander Zverev in their opening day 3-0 win over Germany, came from behind to see off Denis Shapovalov.

De Minaur battled to a 6-7, 6-4, 6-2 success and Chris Guccione and John Peers added some extra gloss to the scoreline by beating Auger-Aliassime and Adil Shamasdin 3-6, 7-6, 10-8 in the doubles.

"I managed to turn things around, get back into a positive mindset, get my energy back," De Minaur said.

"I think it's all energy.

"It's good that in the back of my head I know that all the hard work I've put in during pre-season, so I know that my body's ready to keep on going for however long it takes."

Germany's victory eliminated Greece, who had lost their first encounter 3-0 to the Canadians.

It was settled after a marathon doubles match as Kevin Krawietz and Andreas Mies beat Pervolarakis and Tsitsipas 3-6, 6-3, 17-15.

The six group winners and the best two runners-up will reach the quarter-finals with Germany now set to meet Canada in a crunch clash.

They backed-up their opening 2-1 success over Britain by beating Moldova by the same scoreline, with Dimitar Kuzmanov's 6-1, 7-5 win over Alexander Cozbinov registering the first point.

Grigor Dimitrov brushed aside Radu Albot 6-2, 6-3 to make the match safe but Moldova, who have been eliminated, won the doubles as Albot and Cozbinov beat Dimitrov and Alexandar Lazarov 6-4, 7-6.

Britain bounced back from their opening loss with a 2-1 victory over a Belgium side who had defeated Moldova 3-0 first up.

Steve Darcis recorded a 6-2, 6-4 win over Cameron Norrie to put the Belgians in command but Dan Evans defeated David Goffin 6-4, 6-4 to level.

Jamie Murray and Joe Salisbury then won the doubles 6-3, 7-6 against Sander Gillé and Joran Vliegen to settle the tie.

Russia claimed a second victory in Group D at Perth Arena, subjecting the United States to consecutive defeats with a 2-1 success.

Karen Khachanov came from behind to see off Taylor Fritz 3-6, 7-5, 6-1 and Russia made the match safe when Daniil Medvedev rolled past John Isner 6-3, 6-1.

The US, who lost 2-1 to Norway in their opening clash, got on the board when Austin Krajicek and Rajeev Ram saw off Khachanov and Medvedev 6-3, 6-4.

Italy recovered from their 3-0 opening defeat to Russia by beating the Norwegians 2-1.

Fognini then teamed up with Simone Bolelli to beat Durasovic and Ruud 6-3, 7-6.

Groups A, B and E will conclude tomorrow.

The new tournament is widely viewed as a rival to the revamped Davis Cup, which was held for the first time as one 18-team tournament in November.

It is taking place in Australia amid the country's bushfire crisis, which has resulted in players pledging money for every ace they hit.