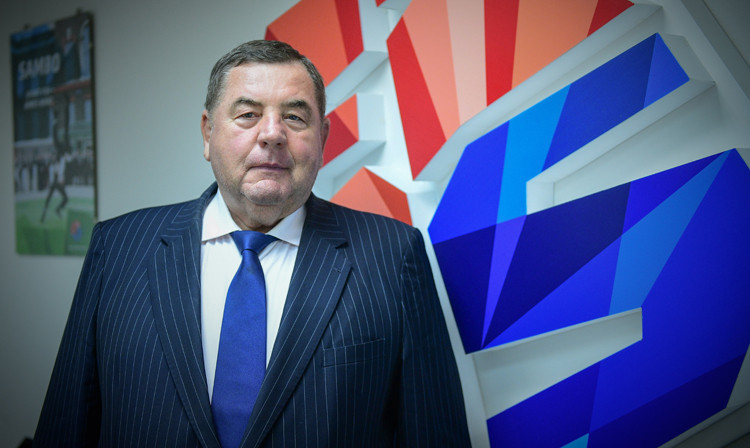 International Sambo Federation (FIAS) President Vasily Shestakov has claimed a few more steps have been taken towards the sport being fully recognised by the International Olympic Committee (IOC) during 2019.

Shestakov was writing in his season's greetings message to the sambo family.

FIAS was granted provisional recognition by the IOC Executive Board at a meeting in Tokyo in November 2018.

It can receive funding from the IOC and is able to apply for grants to help fund its development programmes.

This boosts sambo's hopes of becoming a full Olympic sport in future.

"Now we are summing up the expiring year of 2019, that has become rich and successful for our sport," Shestakov writes.

"All of us together were able to take a few more steps to obtain the permanent recognition of the International Olympic Committee.

"Inclusion of sambo in the programme of the second European Games in Belarus, the World Youth Championships in Uzbekistan, the continental championships in Europe, Asia, Africa and the Americas, the World Cup in Russia, the President’s Cup in the UK, a demonstration programme in Qatar and many other tournaments came into effect due to the efforts of Continental and National Federations, and personally each one of you.

"A major success in promoting sambo in the year that is now ending was the coverage of the World Championships in the Republic of Korea with a record number of media.

"Television companies of 68 countries broadcasted the tournament, whilst the flagship of international sports broadcasting, 'Eurosport' TC, showed live the finals of all three days of the competitions."

Looking ahead to next year, Shestakov said a new challenge is afoot with the World Beach Sambo Championships due to be held for the first time in the history of the FIAS.

The event is scheduled to take place in Cypriot city Larnaca from April 24 to 26.

"I am confident that this tournament will bring the popularity of our favorite sport to a new level," Shestakov added.

Concluding his message, the Russian added: "I wholeheartedly offer seasonal greetings to the sambists throughout the world.

"I wish all your dreams come true in the coming year.

"May it bring you pleasant surprises and joyful meetings, success and prosperity, health and high spirits, happiness and love.

"Let us bid farewell to the year that is now ending, and let it take away all its misfortunes and hardships, to let your life sparkle brightly with novel, vibrant colors.

"I wish you peace of mind and harmony of spirit in the New Year.

"Merry Christmas to you.