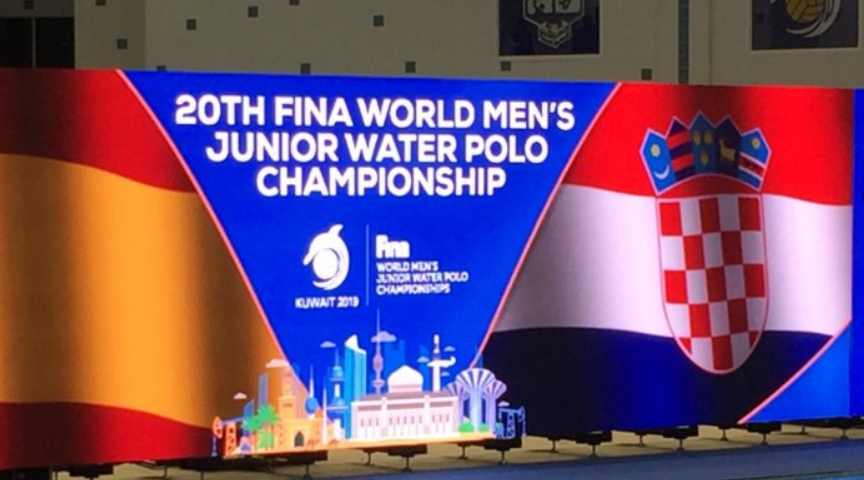 In the first semi-final of the night at Al-Nasar Sport Club, Serbia were up against Italy in a rematch of the 2015 final in Kazakhstan.

As expected the match was a nip-and-tuck affair, with clear chances at a premium in the early exchanges.

At one stage Serbia were 3-0 ahead, before European champions Italy pulled it back to 3-2 before the end of period two.

It was 6-5 to Serbia early in the fourth period, but Italy couldn't get on level terms, eventually losing 9-7.

The other semi-final was a rematch of the 2017 final, with defending champions Greece once again too strong for the two-time former champions (1997, 2009) Croatia.

Goals were flying in early, as Greece took a 4-1 lead in the first period and were still in control after period two, leading 8-5.

The third period was a disaster for Croatia, as five unanswered goals took Greece 13-5 clear, before finally cruising home 15-6.

Fierce rivals Australia and New Zealand battled out a classic for 11th place, with the Australians just coming through 9-8.

But perhaps the most memorable match was the playoff between Iran and Kuwait for 19th position, which was abandoned due to fighting in the third period when Iran were 12-4 ahead.

As well as the final, the concluding day of action tomorrow sees the 3rd/4th playoff between Italy and Croatia, Montenegro and Spain playing for 5th/6th and Japan against United States for 7th/8th.