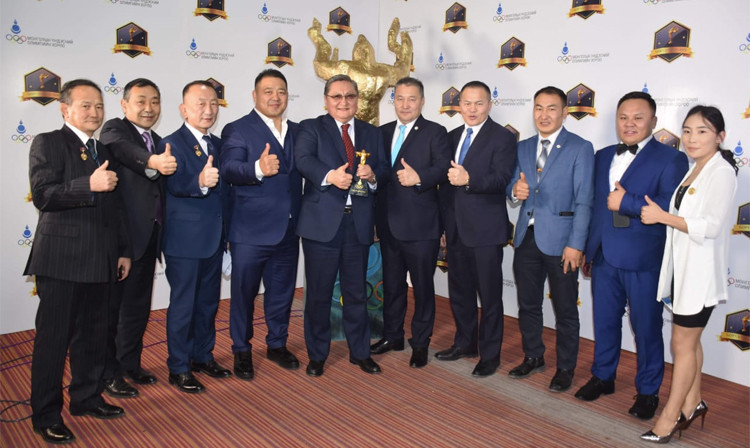 Mongolian Sambo Federation head Dorjpalam Gerel has pledged to further develop the sport in the country after winning the Best President prize at the Burte Chono sports awards.

Gerel fended off competition from representatives of both Olympic and non-Olympic sports to scoop the accolade at Ulaanbaatar's Corporate Hotel.

It came after Mongolia won two gold medals and 11 in total at last month's World Sambo Championships in South Korea.

This was enough for second place in the overall standings behind the sport's dominant force, Russia.

After receiving his award, Gerel said he hoped to achieve more high results at international level.

The Burte Chono awards are the most prestigious in Mongolian sport and are presented by the country's National Olympic Committee.

A panel of experts and sports journalists decide the winners in various categories, with more than 1,000 people attending the awards ceremony.