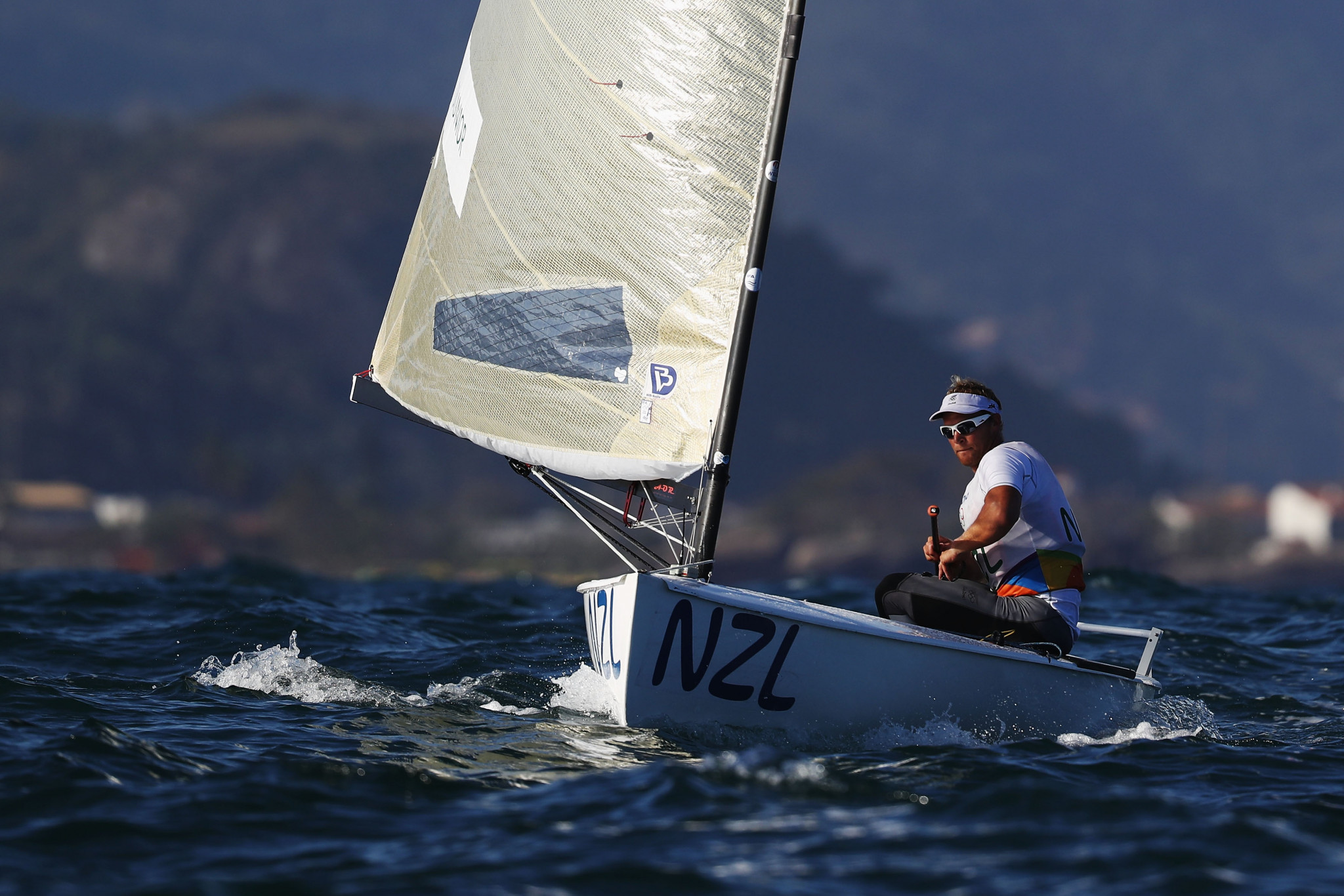 New Zealand's Josh Junior has taken a 14-point lead in the Finn Gold Cup overall standings after another solid day in Melbourne.

The 29-year-old started day two in second place and managed fifth and first-place finishes to move to a total of 12 points at the Royal Brighton Yacht Club.

Croatia's Nenad Bugarin is up one place to second with 26 points, while overnight leader Andy Maloney of New Zealand is down to third with 27 points.

The first race of today got underway at the third attempt under a black flag.

Reining world champion Zsombor Berecz of Hungary moved up the ranks to take the win.

He finished ahead of Swedes Max Salminen and Johannes Pettersson, in second and third, respectively.

With the wind dropping after race one, sailors had to wait for more than an hour before it returned to 10 knots for the second and final contest of the day.

It began on the second attempt and after a general recall following a change in the wind direction.

The event has greater significance for Oceania athletes, with competition acting as the continent's qualifier for next year's Olympic Games in Tokyo.

For countries such as Canada, New Zealand and the United States, who have already secured a spot at Tokyo 2020, the competition is serving as an Olympic selection event.

Action is due to continue tomorrow with another two races.