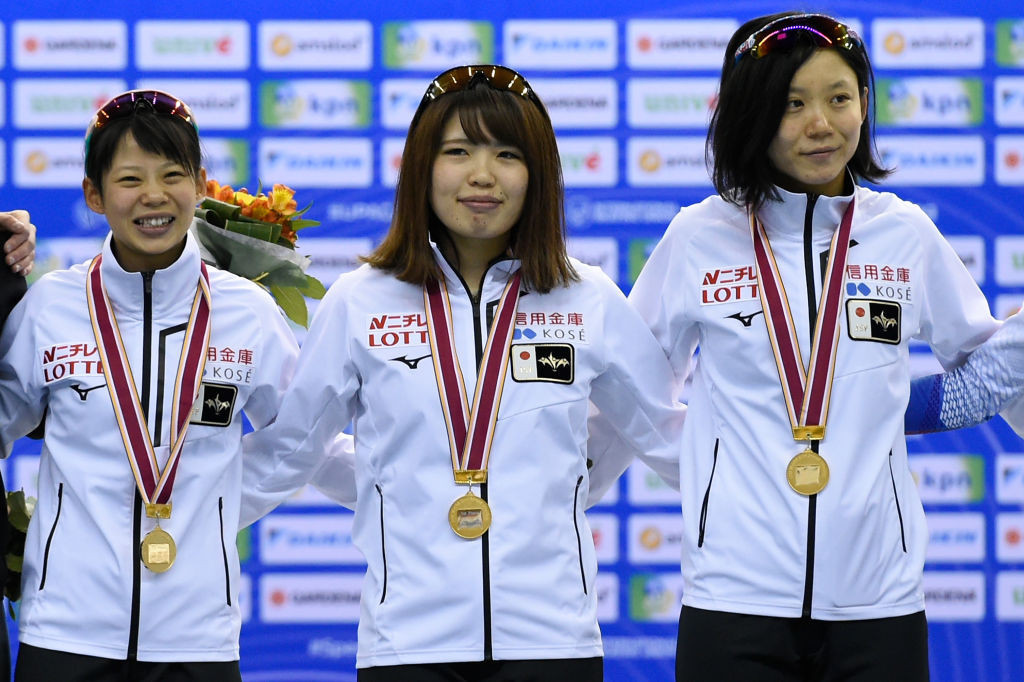 In their first outing of the season, the Pyeongchang 2018 gold medallists - Ayano Sato and sisters Miho and Nana Takagi - smashed the Netherlands’ 2016 track record by more than two seconds, finishing in 2min 56.37sec.

It was also a great night for Russia at M-Wave arena, which hosted Olympic competition in 1998, as gold in the women’s 500 metres went to Olga Golikova.

Pavel Kulizhnikov added to the Russian success by winning the men’s 1,000m in a track record and Danila Semerikov won the concluding 5,000m race.

👏🔥There was 🥇 for 🇷🇺Angelina Golikova with individual medals also going to @nessi1995 and @Nao_kodaira as ladies' comp came to a close at Nagano 2019.

Golikova won the second women’s 500m event of this World Cup in 37.24sec, 0.27 faster than she had recorded in finishing second to Japan's Nao Kodaira two days earlier.

Kulizhnikov, who had won earlier bronze and silver, finished with 1000m gold in a track record of 1min 08.454sec, with Dutch skaters completing the podium.