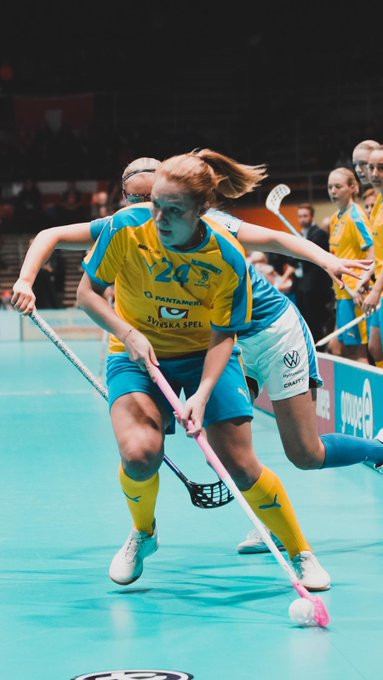 Emelie Wibron secured victory in the 54th minute, scoring her second goal of the game at the Patinoires du Littoral in Swiss town Neuchâtel.

Oona Kauppi bagged a brace for Finland, who have been runners-up to Sweden in five of the last six editions of the biennial event, and team mates My Kippila and Jenna Saario added one goal each.

Awaiting Sweden in the final are hosts Switzerland, who produced an incredible late comeback to beat Czech Republic 7-6 after overtime.

Despite trailing 6-1 with less than 10 minutes of normal time remaining, goals from Flurina Marti, Seraina Ulber, Michelle Wiki and two from Julia Suter saw the home nation draw level to take the match to overtime.

🇨🇭go to the final!! 🙌🏻 #6 Michelle Wiki scores the golden goal and the fans can start the party! 🥳
Final score 7-6 for Switzerland 👏🏻#floorball #WFCNeuchatel #Floorballized pic.twitter.com/cNTCOuph1f

Less than five minutes into overtime, Wiki scored the golden goal to send the crowd into raptures.

The final is due to take place tomorrow and will be preceded by the third-place play-off between Finland and Czech Republic.

Earlier today, Poland and Slovakia booked their spot in the fifth-place play-off with 6-1 wins over Latvia and Germany, respectively.

Latvia and Germany will contest the seventh-place play-off.

The fifth and seventh-place play-offs are also due to be held tomorrow.