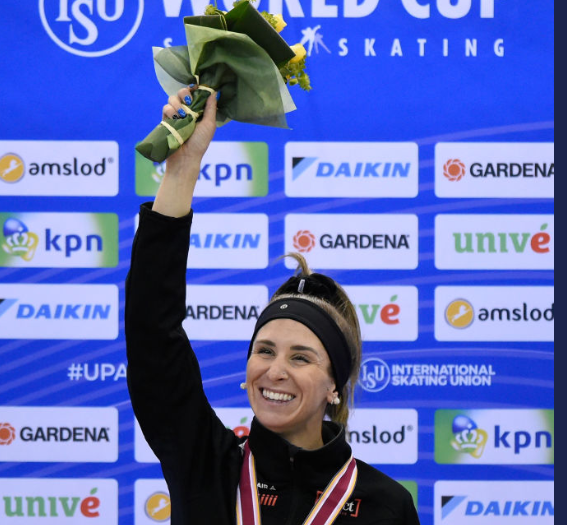 Canada's Ivanie Blondin continued her remarkable dominance on the ice, at the International Skating Union (ISU) Speed Skating World Cup in Nagano, winning yet another gold.

Blondin made the headlines once again, following on from her two golds in the Nur-Sultan World Cup event last weekend.

The result of today's 3,000m was never in doubt, as the Canadian crossed the line in 4:00.243, taking more than three seconds off the previous track record held by runner-up Martina Sáblíková.

However, in the long distances World Cup standings, Sáblíková is nine points ahead of Blondin on 211 after four events.

The first final of the evening saw Russia's Vikto Mushtakov win the 2nd 500m crown in a time of 34.508sec, also a track record.

Sanneke de Neeling of The Netherlands finished with bronze in 1:14.879.

The team pursuit final decided the overall winner, with Russia just edging out Japan and taking the big prize.

The final World Cup standings saw Russia on 312 points, Japan on 302 and Canada rounding out the top three on 290.