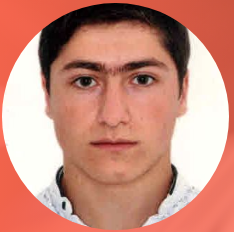 Gymnast Artur Avetisyan, the men's rings gold medallist at this year's Summer Universiade in Naples, has been named Armenia's best young athlete of 2019.

As reported by NEWS.am Sport, the Ministry of Education, Science, Culture and Sport made the announcement in summing up the results of the 2019 Youth Awards Ceremony.

Avetisyan finished ahead of joint silver medallists Vinzenz Höck and İbrahim Çolak, from Austria and Turkey, respectively, at Naples 2019, in July.

The 21-year-old was also a bronze medallist at the Military World Games in Chinese city Wuhan, finishing behind home gymnast Liu Yang and former Olympic champion Arthur Zanetti of Brazil.