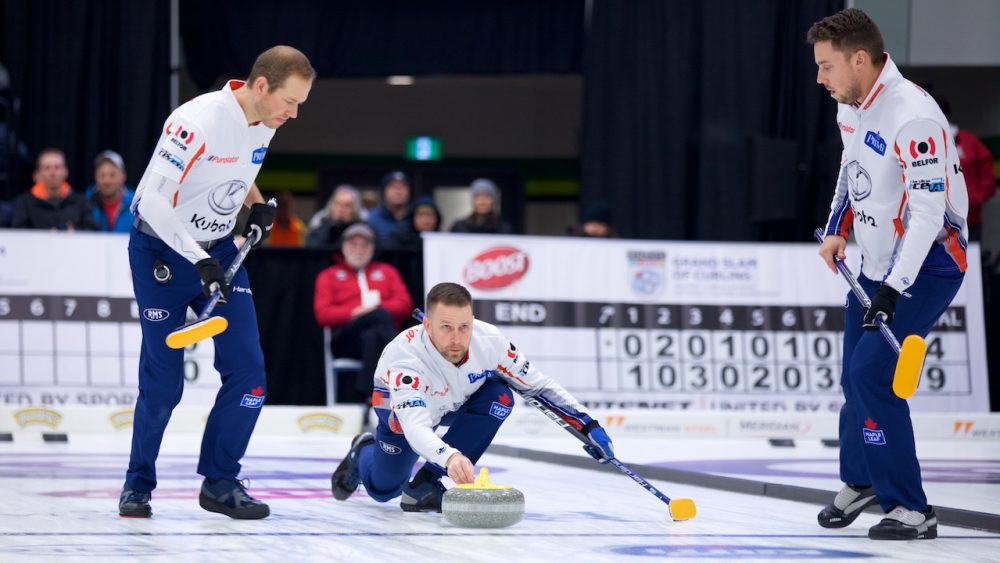 Brad Gushue added a second victory to his campaign at the Boost National - the third event and second major of the 2019-2020 Pinty's Grand Slam of Curling (GSOC).

While the wind and snow beat down upon the CBS Arena at Conception Bay South in Newfoundland, the 39-year-old home player, who won Olympic gold at Turin 2006 and world titles in 2017 and 2018 for Canada, was an oasis of calm.

He guided Team Gushue to a 2-0 record with a 5-1 win over Team Matt Dunstone, to the loud appreciation of the home fans.

It was a rematch, but not a repeat of October's Masters men's final where Dunstone beat Gushue for his first career GSOC championship.

"Again, they pretty much packed the place, even with the snowstorm that's going on outside, so it's awesome to have the support.

"We love playing here, we love playing at home and we just use that to our advantage, feed off of that energy and it helps us immensely."

Scottish side Team Paterson continued their strong title defence, moving to a 2-0 record with a 6-1 win over Calgary's Team Koe.

Thanks for coming out tonight, @TownofCBS 🙏

We’ll see you back tomorrow for more Boost National action at CBS Arena starting at 9 am NT! #curling #GSOC 🥌 pic.twitter.com/9CypWhGmch

"We've been on the wrong end of a few losses against those guys last year, so it's great to get one on the board.

In women's play, Team Tracy Fleury stole a point in the eighth end to escape with a 7-6 victory over Sweden's Team Isabella Wrana.

Fleury, who captured the Masters women's title, now hold a 2-0 record, while Wrana has slipped to 0-2.

Round-robin play is due to continue through to tomorrow, with the top-eight teams overall in both divisions qualifying for the weekend playoffs.

The Boost National features 15 of the top men's and women's teams from around the world.

Teams also earn points towards the Pinty's Cup awarded to the season champions, following the conclusion of the Players' Championship in April.