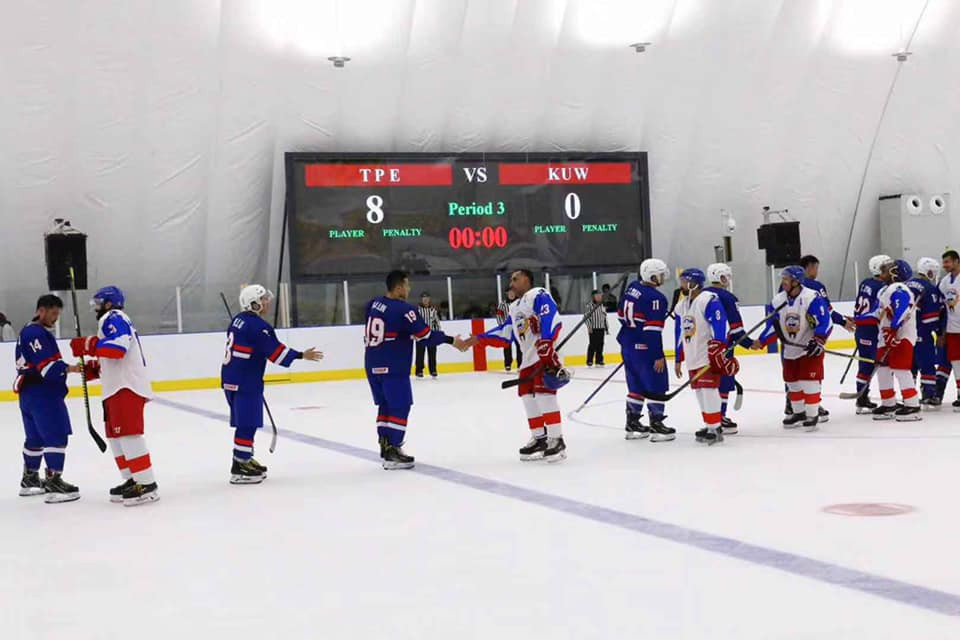 Chinese Taipei and Kyrgyzstan, first-round winners in the International Ice Hockey Federation’s pre-qualifying series for the Beijing 2022 Winter Olympics, will be in action again this week as the second round gets underway in groups hosted by Croatia, Romania and Spain.

The higher seeded of the two first-round winners, Chinese Taipei will play in Group L in Barcelona, while Kyrgyzstan compete in Group K, being hosted by the Romanian city of Brasov.

Kyrgyzstan will play Iceland tomorrow in the opening Group K match at the Brasov Arena, with Israel meeting the hosts later in the day.

Chinese Taipei face the second Group L match against hosts Spain on Friday, with the other two teams involved, Mexico and The Netherlands, meeting earlier at Barcelona's Palau de Gel.

Chinese Taipei wins all games in Group O of the Olympic Pre-Qualification Round 1 and advances to next month's 2nd round!

Serbia open up with a match against Turkey on Friday, followed by a meeting of the other teams later in the evening.

As with the first-round groups, the winners will be decided on a round-robin basis - concluding on Sunday - and will proceed to the third of the four scheduled pre-qualification stages.

The top-eight nations in the 2019 IIHF men's world rankings have automatically qualified for Beijing 2022.

Together with host China and the three qualifiers, they will be seeded according to the 2020 IIHF world rankings.

The three qualifiers will be determined in four stages of the Olympic pre-qualification, culminating with groups in Slovakia, Latvia and Norway to be held between August 27 and 30 next year.