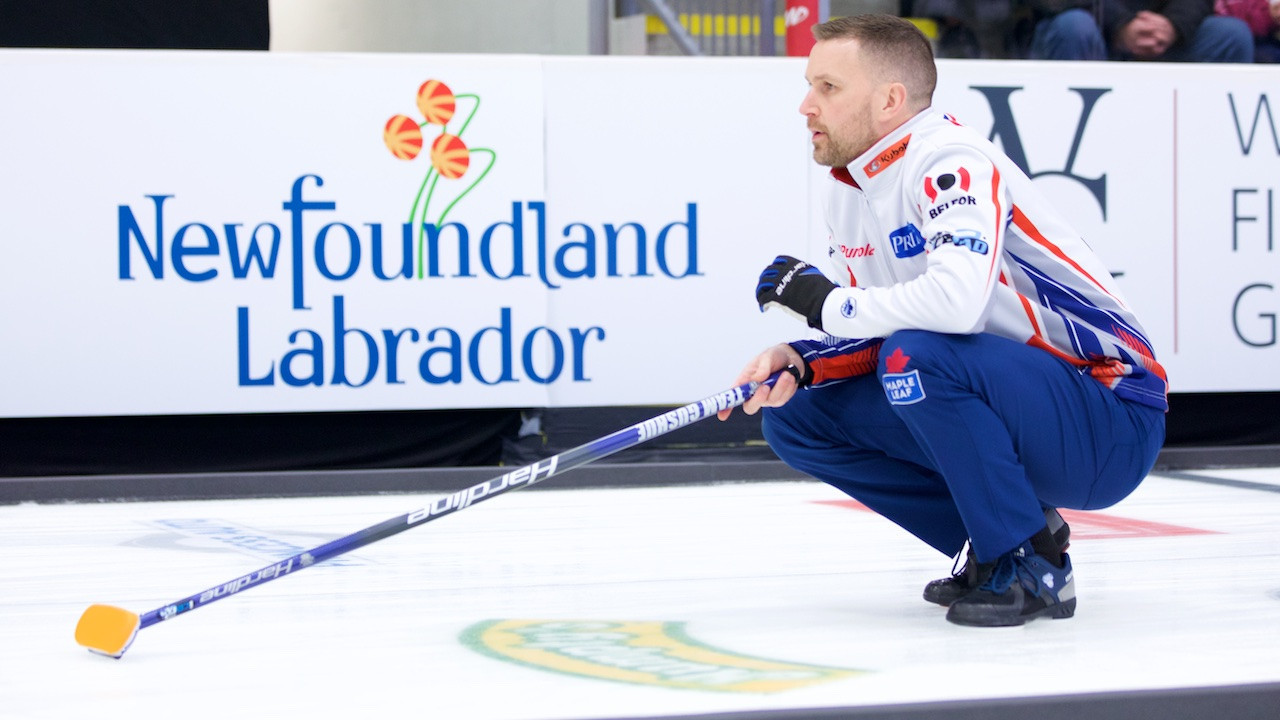 Local favourite Brad Gushue opened with a 6-2 victory over Scott McDonald in Newfoundland as the Boost National - the third event and second major of the 2019-20 Pinty's Grand Slam of Curling (GSOC) - got underway.

The 39-year-old home player, who won Olympic gold in 2006 and world titles in 2017 and 2018, was satisfied with his form on a night when stormy conditions outside the CBS Arena at Conception Bay South affected the playing conditions inside.

"It was a well-played game and fortunately for us, in the last three we made a couple more than they did," said Gushue, 11-times a winner of the GSOC title.

In women's play, Team Casey Scheidegger stole two in the extra end to earn an 8-6 win over the top-ranked Team Kerri Einarson.

Home player Jennifer Jones - an Olympic gold medallist at the Sochi 2014 and twice world champion - established a 5-1 lead over Team Satsuki Fujisawa, but the Japanese rallied for a fine 6-5 win.

Round-robin play runs through to Friday, with the top eight teams overall in both divisions qualifying for the weekend playoffs.

The Boost National features 15 of the top men's and women's teams from around the world.

Teams also earn points towards the Pinty's Cup awarded to the season champions, following the conclusion of the Players' Championship in April.