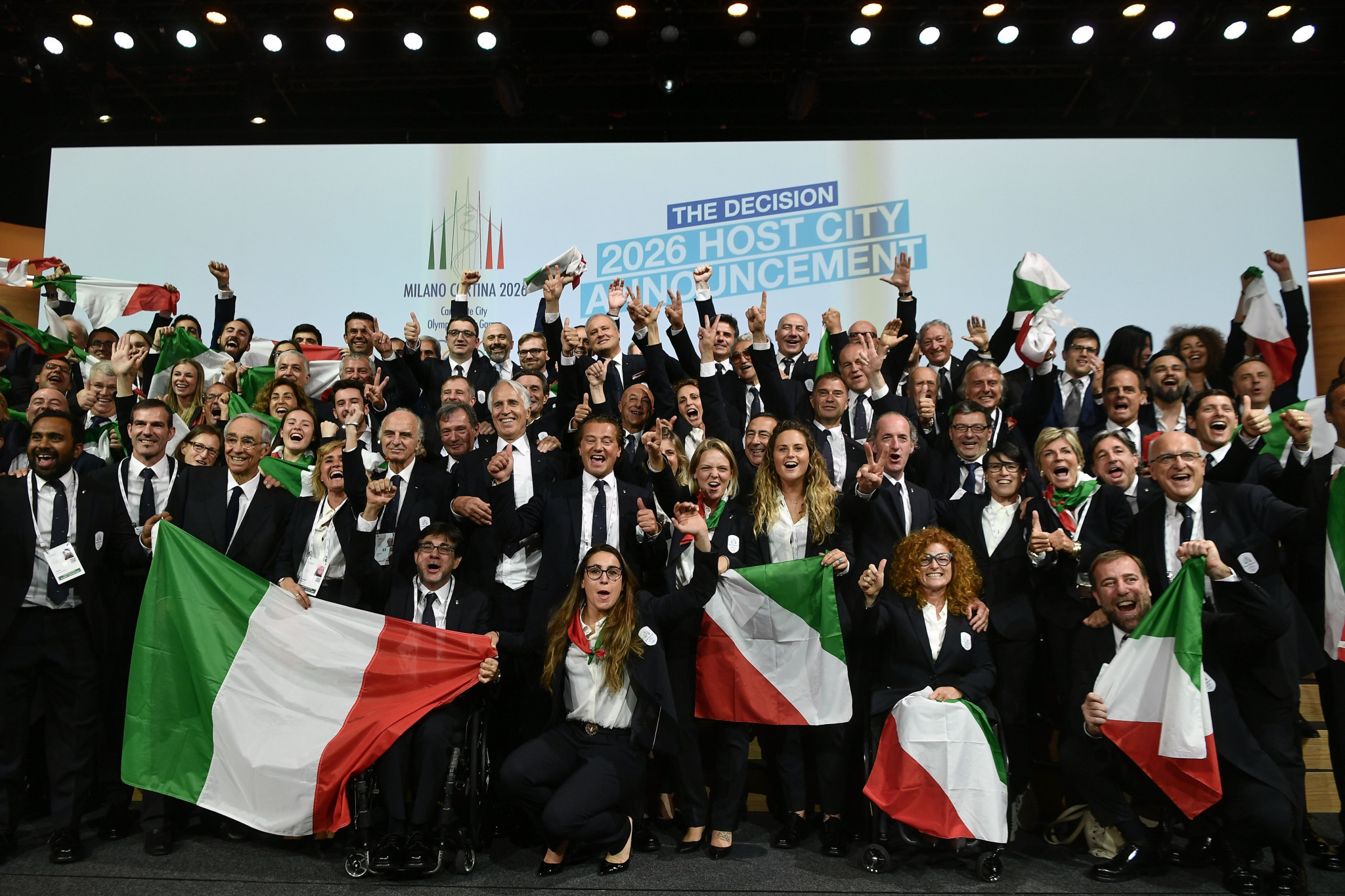 The Milan Cortina 2026 Organising Committee has officially been established as International Olympic Committee (IOC) officials began a visit to Lombardy.

Named the "Milano Cortina 2026 Foundation", the Organising Committee Board will consist of 22 members.

Milan Cortina 2026 and Italian National Olympic Committee President Giovanni Malagò is among the founding members of the Board.

The IOC member will be joined by Giuseppe Sala and Gianpietro Ghedina, the Mayors of Milan and Cortina d'Ampezzo respectively.

Milan Cortina 2026 revealed the Board will include 10 members from the world of sport, as well as 10 from the territories involved in the Games.

A representative of the Italian Government will also be included.

The official creation of the Organising Committee comes as Milan Cortina 2026 hold two days of meetings with the IOC.

The visit at the organisation’s headquarters in Lombardy is claimed to feature debates and presentations as part of an "articulated" programme.

Representing the IOC will be the Finnish chair of the Coordination Commission, Sari Essayah, making her debut in Italy in the role she took up last month.

She will be accompanied by IOC Olympic Games executive director Christophe Dubi.

Milan Cortina beat Stockholm–Åre for the right to host the 2026 Winter Olympics and Paralympics in June.

Beijing is set to stage the next edition of the Winter Olympic and Paralympic Games in 2022.