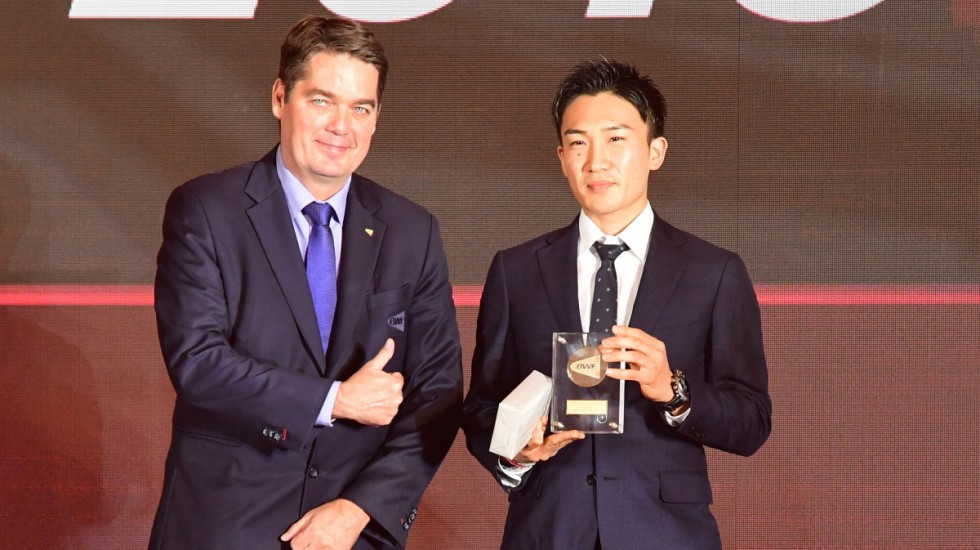 Japan's Kento Momota, winner of 10 titles in a season where he has successfully defended his world title, won the Male Player of the Year Award at the annual Players' Gala before the BWF World Tour Finals in Guangzhou, China.

The Female Player of the Year award went, for the second consecutive year, to China's doubles specialist Huang Ya Qiong.

Momota had an outstanding season during which he won the world, Asian and All England titles.

He also guided Japan to the Sudirman Cup final.

Je was chosen for the honour ahead of two-time winners Marcus Fernaldi Gideon and Kevin Sanjaya Sukamuljo, Mohammad Ahsan and Hendra Setiawan and Zheng Si Wei.

"My success is due to the support of many people.

"The award will give me great confidence.

"I would like to win it again and will work hard towards it."

Huang and partner Zheng Si Wei were nearly unstoppable most of the season; not only did they win the World Championships for the second time, but also all three Super 1000 titles - All England Open, Indonesia Open, China Open.

"Since I won last year, I thought I wouldn't win again, the award would probably go to another player," Huang said.

"I think I played above expectation at the Sudirman Cup and the World Championships."

"I hope I can maintain my form," he said.

"Next year, badminton will be in the Paralympics for the first time, I hope I can play well in the first edition in Tokyo."

Korean women's doubles pair Kim So Yeong and Kong Hee Yong, who are in their first full season together, were voted Most Improved Player of the Year.

Kim and Kong won four titles, including the Japan Open and the Korea Open.