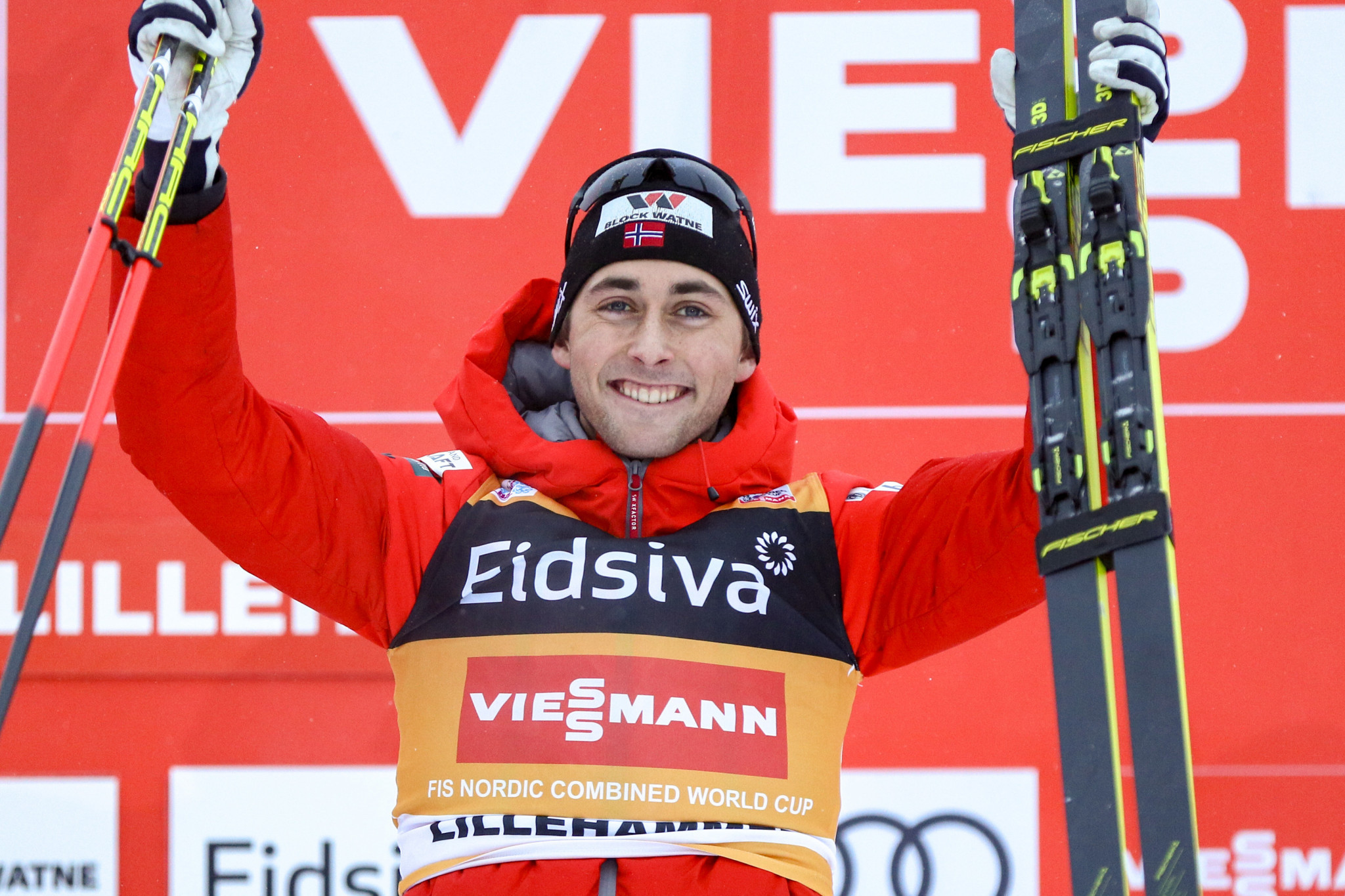 After victory in yesterday's first HS140/10 kilometres event, Riiber triumphed once more in a time of 29min 27.4sec.

Fellow Norwegian Joergen Graabak was 20.2 seconds behind in the silver-medal position, where he also ranked yesterday.

Rounding off the podium was Germany's Vinzenz Geiger, who was 47.9 seconds back.

That bettered his fourth-place finish from yesterday, while compatriot Fabian Riessle dropped from third to fourth.

Earlier in the day, Riiber had won the jumping event again but only narrowly avoided a crash upon landing.

Permanent snowfall during the round had accumulated some fresh snow on the landing slope which almost toppled the world champion.

A jump of 139.5 metres gave Riiber 152.8 points and only a narrow four-second lead over Austrian jumping prodigy Franz-Josef Rehrl, who ultimately ended up finishing in 11th place.

It mattered little to the 22-year-old, though, as he cruised to victory.

Graabak remains in second place with 335 points, while Jens Lurås Oftebro completes an all Norwegian top three, despite fifth and sixth-place finishes this weekend.

The FIS Nordic Combined World Cup is due to continue in Ramsau am Dachstein in Austria later this month.

"I'm so happy to have five wins in a row, and [to be] having fun in competition," Riiber was reported as saying by Eurosport.

"I'm looking forward to a bit of rest before getting back to it over Christmas."