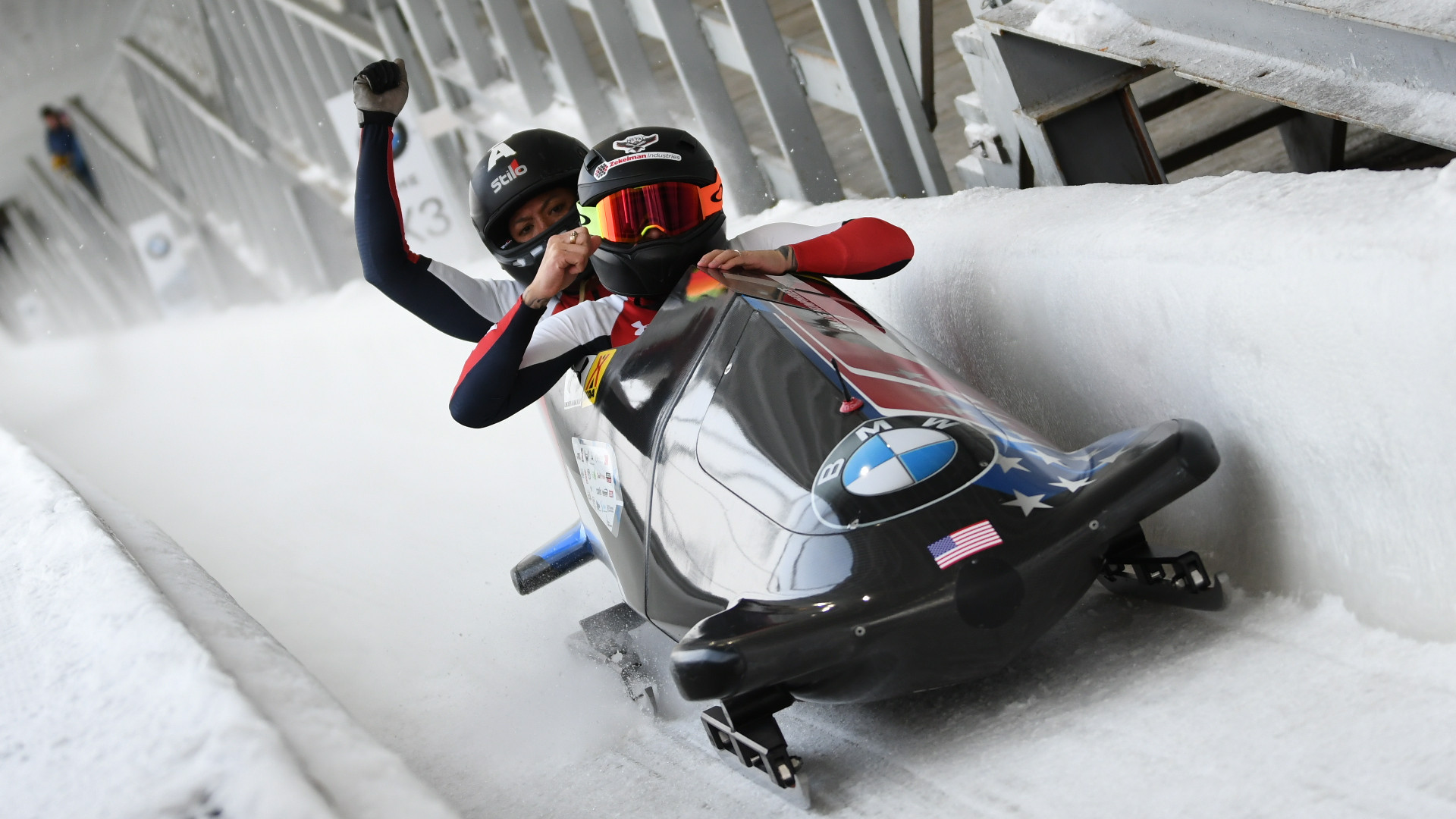 Kaillie Humphries, winner of two Olympic gold medals and a bronze for Canada, won her first big victory for the United States today as she finished top in the opening International Bobsleigh and Skeleton Federation (IBSF) World cup competition of the new season in Lake Placid.

Last year Humphries, 34, filed harrassment complaints against Bobsleigh Canada Skeleton and was given leave in September to compete for the new country of her choice.

It was the 23rd IBSF World Cup win for Humphries, winner of the Vancouver 2010 and Sochi 2014 titles, as she and her brakewoman Lauren Gibbs finished 0.31 seconds ahead of world silver medallist Stephanie Schneider of Germany racing with Lisette Thöne at the Lake Placid Sliding Track.

In the two-man bobsleigh event, Germany’s Johannes Lochner earned his third World Cup victory with brakeman Florian Bauer as he secured a 0.08 second lead after two heats, ending an unbeaten run by his compatriot Francesco Friedrich.

Prior to the season opener, Friedrich had won every race since January 2018, including nine World Cup races, two European Championships, one World Championships and the Olympic Winter Games in Pyeongchang.

Justin Kripps of Canada - who tied with Friedrich at Pyeongchang 2018 to share the title of Olympic champion in the two-man bobsleigh - finished third with Ben Coakwell, 0.26 seconds back.

The overall winner of the 2017 and 2018 World Cup celebrated her 10th World Cup win of her career.

Despite achieving the best starting times in the field, defending World Cup champion Elena Nikitina of Russia finished ninth in the first heat, although she eventually finished fifth after achieving the third best time in the second heat.

Just 0.08 seconds separated the Olympic bronze medallist from a spot on the podium.

Kendall Wesenburg was the highest placed US athlete, finishing sixth.